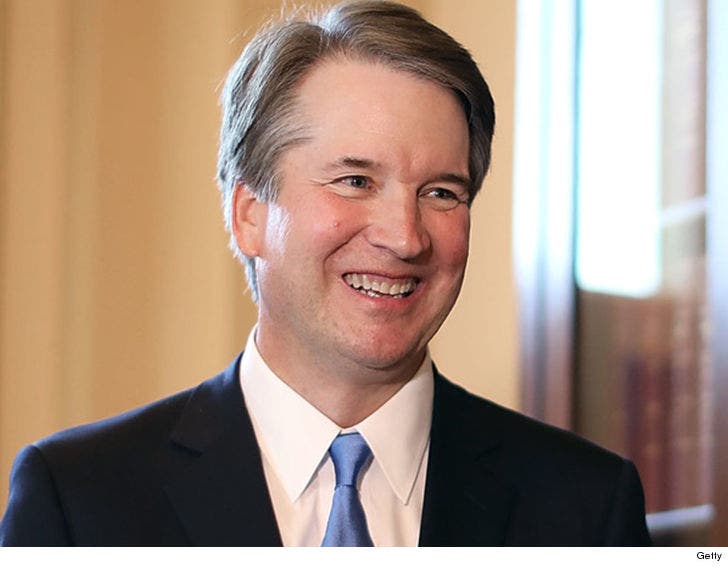 3:20 PM PT -- Kavanaugh has reportedly been sworn in as the 114th Supreme Court justice in a private ceremony at court.

1:45 PM PT -- Trump congratulated the Senate on "confirming our GREAT NOMINEE" ... and says he will sign Kavanaugh's Commission of Appointment and swear him in later today.

There were no last minute surprises or curveballs -- Brett Kavanaugh got the votes he needed to be confirmed to the Supreme Court of the United States ... but just barely.

President Trump's pick to replace Justice Anthony Kennedy was confirmed by the Senate Saturday with a tally of 50 to 48 ... including crucial "aye" votes from Senators Jeff Flake, Susan Collins and Joe Manchin.

Republican Alaska Senator Lisa Murkowski was set to vote 'no' on Kavanaugh, but as a favor to Montana Senator Steve Daines ... she voted 'present' to offset his 'yes' vote so he could attend his daughter's wedding. It really didn't matter anyway.

The confirmation comes after weeks of drama and controversy stemming from allegations made by Dr. Christine Blasey Ford that Kavanaugh sexually assaulted her at a party in the early '80s when they were both in high school.

Ford's claims led to a Senate hearing where both she and the judge testified to the Senate Judiciary Committee ... and a brief follow-up FBI investigation authorized by the Prez.

But, when it was all said and done, a majority of the Senate -- all but one Republican plus Manchin -- determined Ford's allegations were not corroborated and Kavanaugh was deserving of a spot on the highest court in the land.

If recent history with Neil Gorsuch is any indication, now that Kavanaugh's been confirmed ... he could be sworn in as early as Monday.

Before the Senate vote, Kavanaugh wrote a letter admitting he was overly emotional and said some things he shouldn't have during his testimony. However, he insists he'll be a "pro-law judge" who won't let partisan politics or public pressure influence his decisions.

Many people -- including Amy Schumer -- aren't buying it ... and have been consistently protesting Kavanaugh's appointment to the Supreme Court in D.C. this week.

Looks like they're going to have to keep it up for a long time.