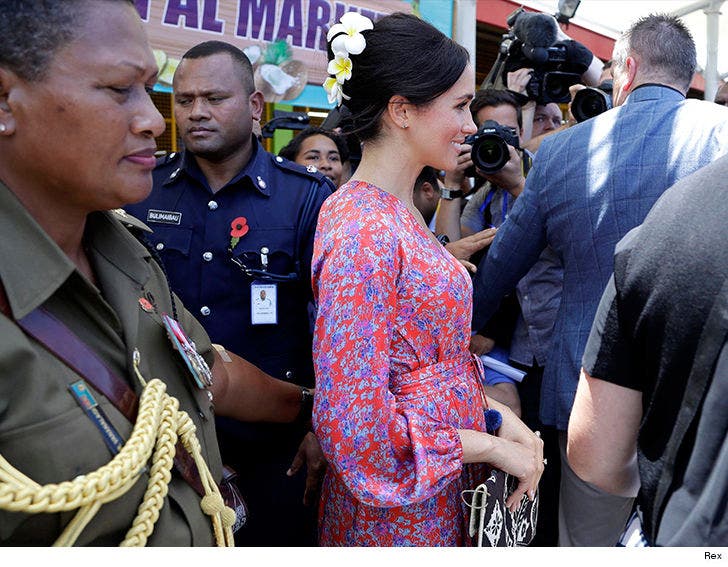 Meghan Markle's popularity is becoming a problem, because she had to hightail it out of a community market in Fiji after the crowd swelled to a potentially dangerous level.

The Duchess of Sussex was jawboning it with vendors at Suva Market to meet female vendors who have worked on the U.N. Women's project "Markets for Change."

The crowd was so large it spilled into the street and Meghan's security felt so many folks wanted to get close to her security might lose control. The visit was planned for 15 minutes, but halfway through ... she beat a hasty retreat.

Meghan Markle was rushed through a Fiji market by security personnel due to concerns about a large crowd that came to greet her.https://t.co/UcyHvOB351 pic.twitter.com/GaG3j1VC2f

The couple is on the 9th day of a 16-day tour of the South Pacific. 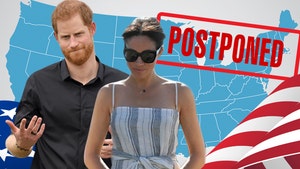 Meghan Markle and Prince Harry Push Back U.S. Tour Due to Baby 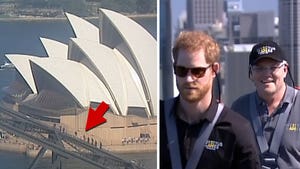