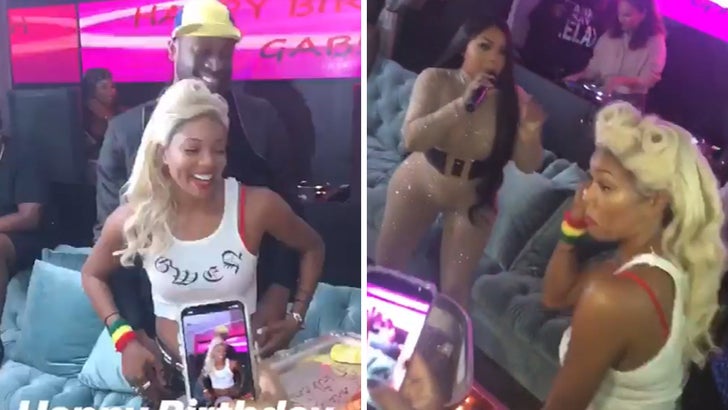 Gabrielle Union's 46th birthday party went from legit to LIT ... and it's all because Lil' Kim showed up to perform ... and shared an interesting origin story to their friendship.

Gabrielle was celebrating with D-Wade and friends Saturday night after the Miami Heat game, during a '90s-themed party ahead of her 46th birthday, when all of a sudden LK's song "The Jump Off" came on ... and then, she herself came out to surprise the bday girl.

You can tell Gabrielle wasn't expecting the visit, 'cause she completely freaked. Kim rapped a few more verses from a number of her songs, but, at one point ... she also dished on the story of how she and Gabby met and became good pals.

It's pretty hilarious ... Kim says she thought Gabrielle was gonna be bougie at first, but when she realized GU was about that late-night studio life ... all bets were off.

One other thing ... how sick are Gabby and Dwyane's costumes as Gwen Stefani and the Fresh Prince?! 'Tis the season, we suppose. 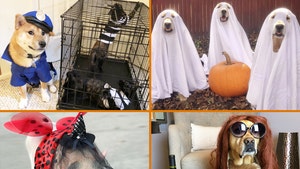 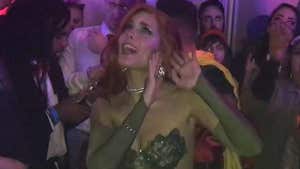