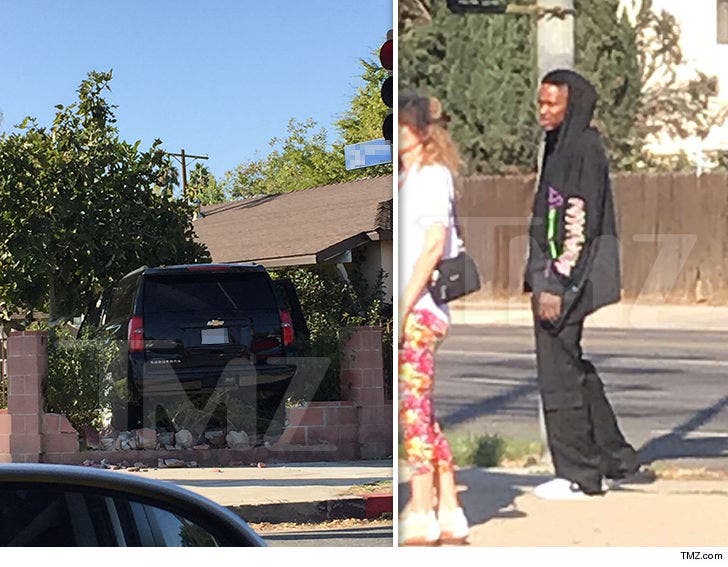 YG's ride slammed into someone's front yard outside L.A. Tuesday afternoon, and from the looks of the scene ... he's damn lucky to have avoided a major injury.

The SUV -- a Chevy Suburban -- is sitting smack in the middle of someone's front yard, and it's a total mystery as to what happened. We got photos and video from the scene ... where YG is standing near the wreckage and, understandably, looking confused by the whole scene. The accident went down in the San Fernando Valley. 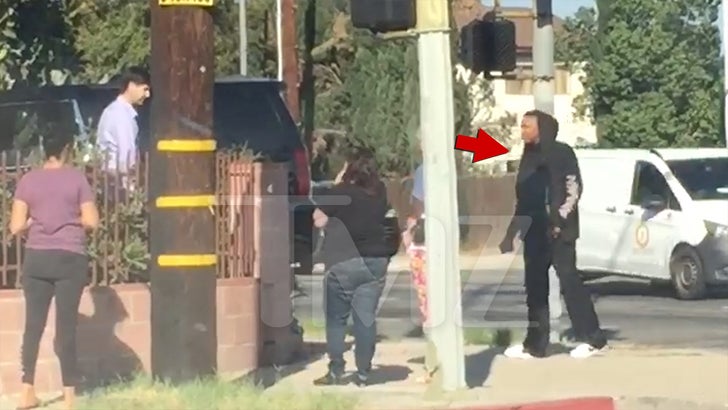 The rapper was a passenger, riding in the back of the Uber-driven ride, according to sources close to him. There were no other vehicles involved in the accident.

It's still unclear what happened to the driver ... or why he went off the road. It's a good bet, though, someone is NOT getting 5 stars. 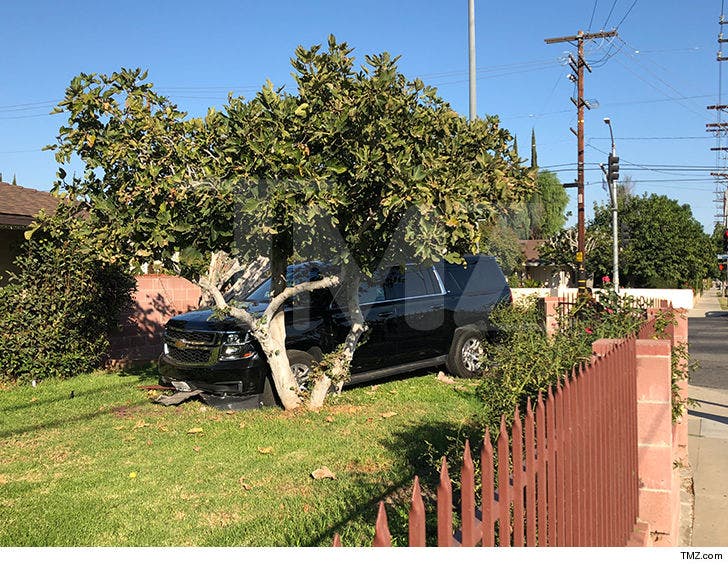 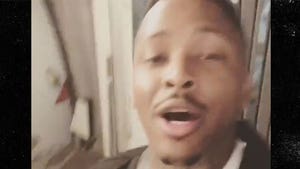