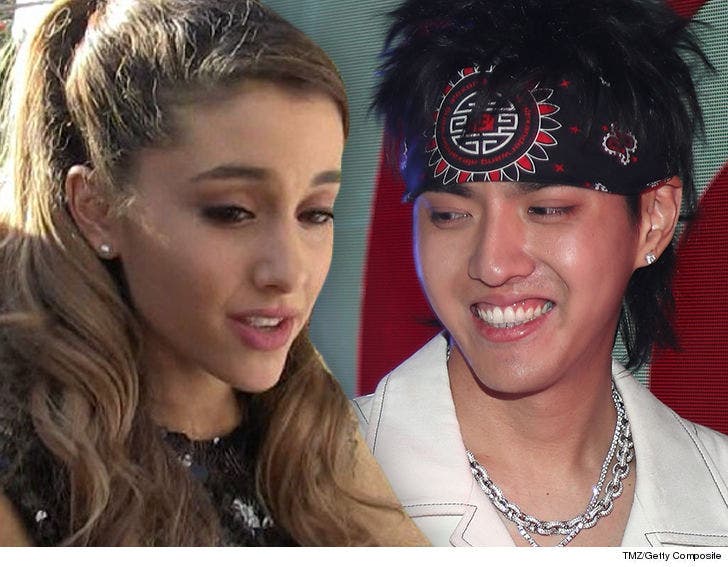 Ariana Grande's brief nemesis on iTunes has jokes ... poking fun at accusations his "bots" launched him to the top of the charts.

You'll recall Chinese rapper Kris Wu released his album in America earlier this week, and it immediately shot up to No. 1 on iTunes ... with 7 of his songs in the top 10. Ariana's "Thank U, Next" was then released but it was No. 4 ... behind 3 of Kris' tracks. Accusations started flying around that bots helped Kris game the system ... considering Kris' album hadn't even been released yet in China.

It wasn't long before Kris would drop out of the top 10 altogether -- with Ariana taking over -- but it was later revealed by Ariana's manager, Scooter Braun, in a lengthy Instagram post that bots were NOT to blame.

Scooter said, "It was explained to he and I last night that because his release was held back in China for his birthday his fans went and got the music any way they could and that was US Itunes."

He added, "Once the release in China took place the fans had their access. He has never been removed from the charts on iTunes. That is false. Those were real people from the US and international community and not bots like many have rumored."

That leads us to what Kris posted Saturday ... poking fun at the entire situation with this tweet.