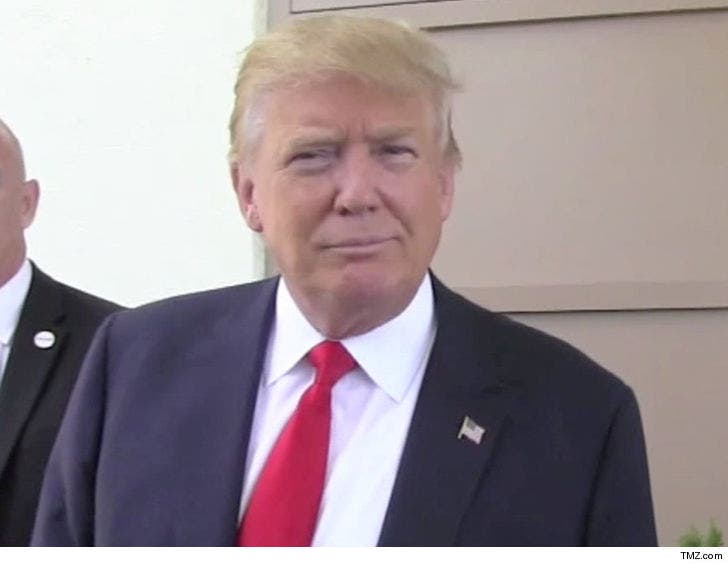 Donald Trump pretended to send well wishes to people who oppose him ... but let's be honest, it was aggressive and mean-spirited.

Trump wished Happy New Year 2019 to his haters and the "fake news media." He also made it clear ... the only people who would have an awesome 2019 were those who were not suffering from a fake disease -- Trump Derangement Syndrome.

Trump has been playing Kevin McCallister in "Home Alone" ... hunkering down in The White House over the holidays and complaining none of the Democratic leaders came to visit and break the deadlock that has shut down the federal government.

Trump's 2019 is about to get way more difficult, because Democrats take over the House of Representatives Thursday. 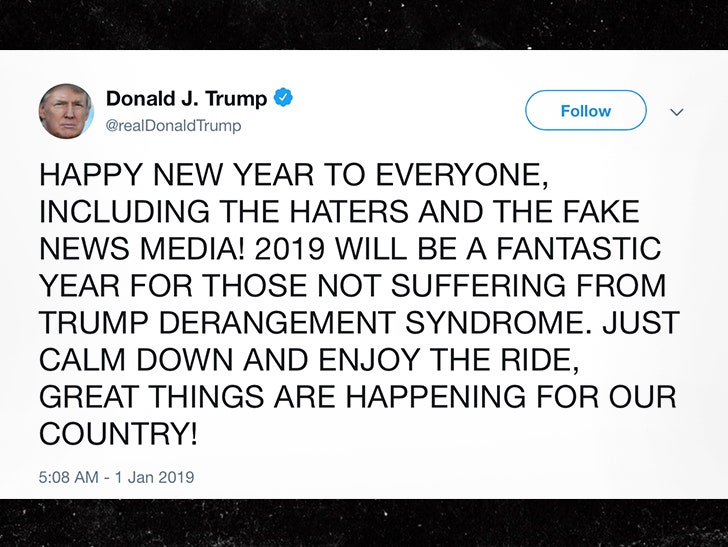