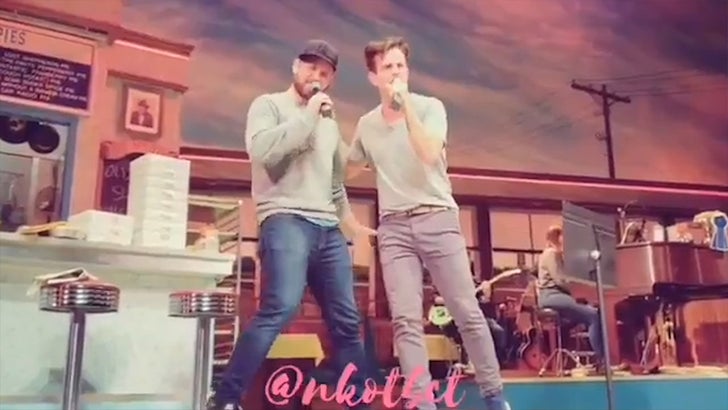 Joey McIntyre from New Kids on the Block still has the right stuff, because he started singing one of his band's classic hits after performing on Broadway ... and the video is amazing!

The awesome scene went down Tuesday night after Joey showed off his acting chops in the new musical, "Waitress." After the show, the cast was doing karaoke -- with Joey hosting -- and after some pressure from the crowd, Joey started belting out the lyrics to the band's big hit, "You Got It (The Right Stuff)."

Check out the clip ... Joey absolutely kills it and his fans go crazy!

Joey is back on Broadway for a limited engagement through April 7 ... but it's clear he's not shying away from his NKOTB roots.

Sounds like Joey really is having a blast. And, we gotta say ... we hope it lasts! 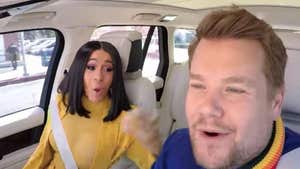 Cardi B Cuts Loose on 'Carpool Karaoke,' Gets a Driving Lesson Too