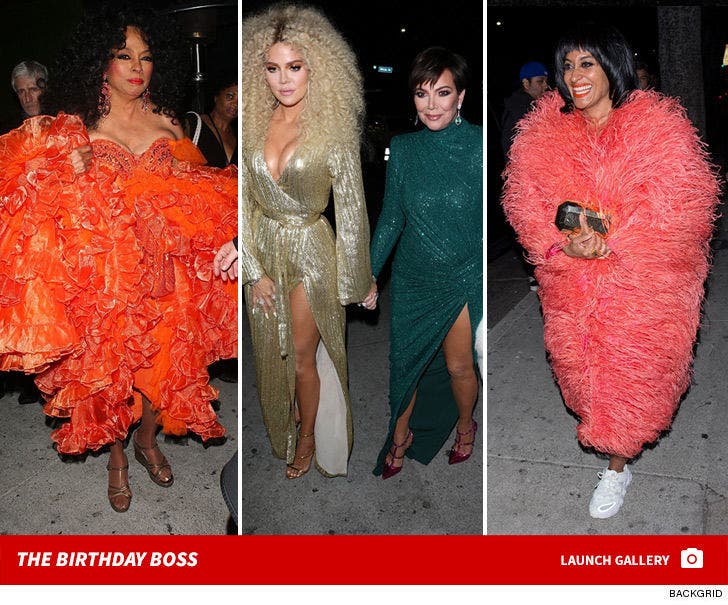 Diana Ross is still that diva who can get just about every single major celeb -- from multiple generations -- to show up in one iconic venue to celebrate her 75th birthday.

The Motown legend finally hit the big 7-5 Tuesday with a blowout party at the Hollywood Palladium that featured an incredible who's-who guest list.

From family, like her kids Tracee Ellis Ross and Evan Ross ... to Berry Gordy, Beyonce, Heidi Klum, Bette Midler, Stevie Wonder, Kris Jenner, Kourtney and Khloe Kardashian, Robin Thicke, Diddy and Chris Rock. Even Leo DiCaprio showed up, and while he was definitely the most under-dressed dude ... it was a classic Leo look. 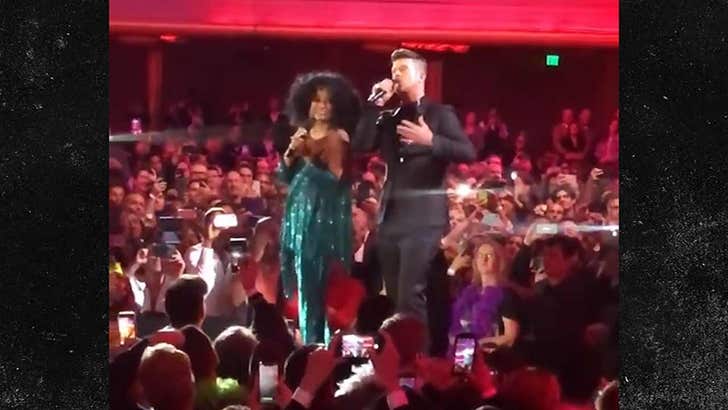 That's just a small sample of how many people showed out to pack the Palladium and see Diana perform. Remember, her bday celebration's been going on since last month at the Grammy Awards ... but this party had Bey singing "Happy Birthday" -- a real icon-to-icon moment.

Stevie even got on the mic himself to show off his pipes alongside Diana, who swapped out her orange ruffle arrival dress for a shimmering blue one onstage. Yes, she reached out and her famous friends were definitely touched. 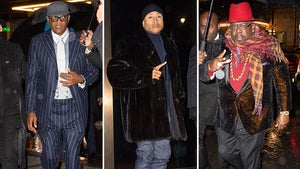