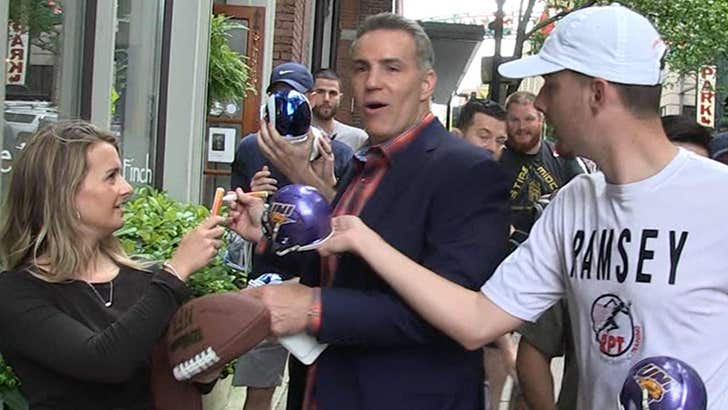 Josh Rosen, listen up ... if the Cardinals DO draft Kyler Murray tonight, Kurt Warner is handing out some sage advice -- JUST PROVE YOU'RE BETTER!!!

"Bottom line is it's just part of it," Warner tells TMZ Sports out in Nashville ... "You gotta go and just prove you're the best guy for the job."

Of course, Arizona drafted Rosen last season thinking he'd be the guy for the franchise's future ... but now, with Kliff Kingsbury at the helm, they're expected to take Murray tonight.

Many have wondered if JR should be upset if the draft pick does go down ... but Warner says Rosen should actually see it as a chance to prove he's the right guy for the job!!!

"I don't think you can ever be offended by a team trying to figure out the best thing for their organization to get better. And your job is to compete."

Josh should take the advice ... Warner bounced around the league for several years -- even after MVP seasons with the Rams -- proving he was a Hall of Fame caliber guy at nearly every stop.

For his part, Warner says Rosen's done a great job of handling it all so far, telling us, "He's going to get an opportunity to play somewhere. Just be ready for that opportunity and continue to shine." 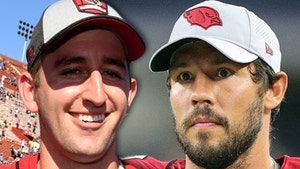