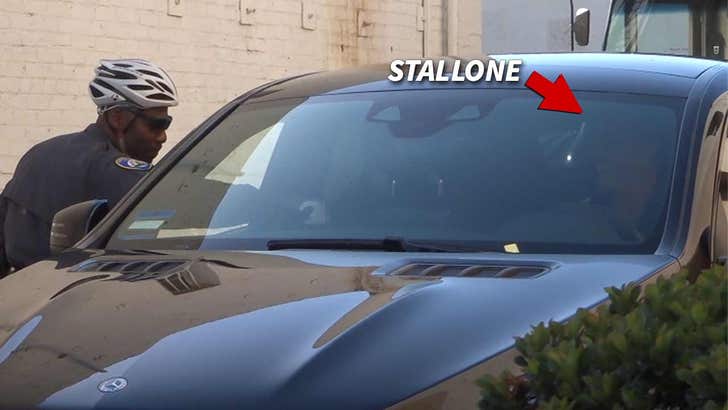 Sylvester Stallone had a run-in with parking enforcement, and though he didn't come out with a Rocky-esque victory ... it could have been a lot worse.

Sly illegally parked his Mercedes-Benz SUV in an alley in Bev Hills while he ran into a jewelry store, and when he returned to his vehicle he was greeted by a parking patrolman ... waiting to hand him a ticket.

It's hard to hear, but the officer tells the famous actor he's glad he showed up ... because he was about to tow his ass!

Stallone appreciates it, and the 2 exchange pleasantries as he accepts his citation. The fellas apparently compare their whips too, because the officer can be heard joking ... "Well give it to me, and I'll give you my Toyota Camry, how 'bout that?"

In the end, Stallone drives off and delivers an important message to any potential lawbreakers. 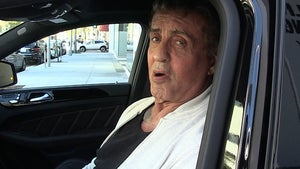 Sylvester Stallone 'Worried' About Conor McGregor, At 'Crossroads' in Life 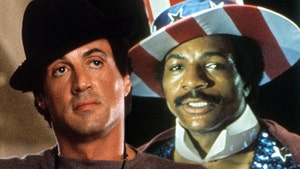