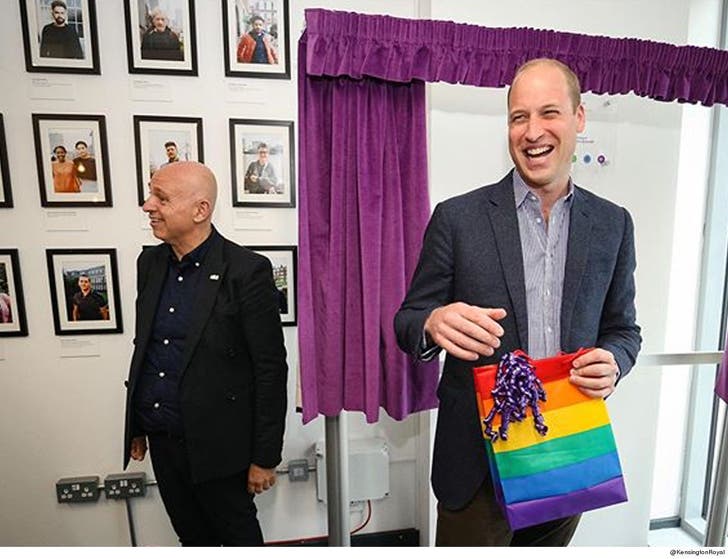 Prince William says he would be totally okay if any of his children are gay -- but at the same time ... he says he'd be somewhat concerned as well.

The Duke of Cambridge addressed the topic Wednesday while visiting the Albert Kennedy Trust in London -- where he was discussing a range of issues that affect LGBTQ youth. During the convo, someone asked Will how he would feel if any of his 3 kids ever came out?

Check out his answer ... it's interesting.

Watch the moment Prince William reveals why he is 'nervous' about the pressure his children may face if they came out as gay or lesbianhttps://t.co/Zyae8CoGwm pic.twitter.com/h0xbKgIyzA

Wills makes it clear he'd fully support Charlotte, George or Louis if they came out publicly, saying, it's "absolutely fine by me." However, he adds that he'd also be "nervous" for them and what they'd have to potentially deal with as a Royal -- barriers, discrimination, persecution, hate, etc.

The root of his concerns, however -- the fact his family, steeped in tradition and custom, is in a different position than most of their countrymen. While others coming out might be widely embraced when they come out ... the spotlight's much bigger for Royal family members.

The upside is Wills' comments could do a lot to push the needle forward for LGBTQ youth in the United Kingdom.