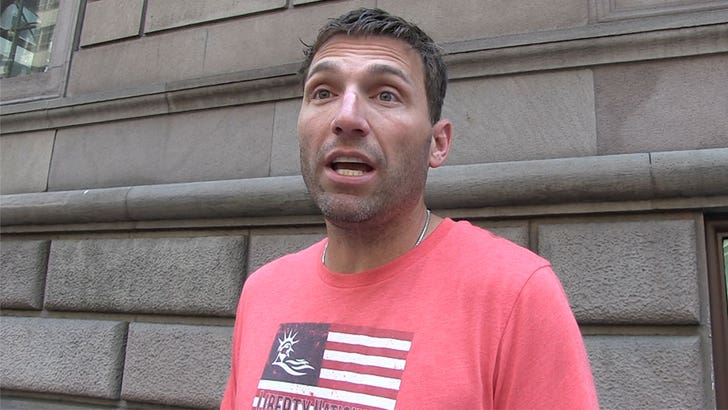 Jeff Francoeur says he was JUST KIDDING when he said he wished he had punched Willson Contreras in the face ... telling TMZ Sports, "I actually said it more joking!"

If ya missed it ... the Cubs and Braves nearly got in an all-out brawl earlier this week after Contreras hit a massive home run and chirped about it after.

Francoeur -- a former Braves star who now broadcasts games -- said he actually got into a scuffle with the Cubs catcher back in 2016 ... and said on TV after the dustup he now wishes he had punched the guy in the face back then!!!

Lol @ Jeff Francouer saying he should have thrown a haymaker at Contreras. We all wish you would have @BleacherNation pic.twitter.com/Dl05C2d665

"Quite frankly, I wish I had just thrown a haymaker and been done with it," Francoeur said ... “If I knew that was my last year, I would have."

But, when we got Jeff out in NYC on Friday ... he backpedaled off those comments, telling us he was just playin' around!!!

"If you go listen to it, I actually said it more joking! I laughed while I said it. It was fun."

In fact, Francoeur had nothing but praise for Willson ... telling us, "He's a hell of a player."

As for fighting in baseball in general, Jeff tells us he doesn't think knuckle-chucking should ever be allowed in the sport ... saying fights should NEVER escalate from a casual dust-up.

By the way, Jeff also gave us his opinion on the All-Star Game starters this year ... telling us the MLB got it right!!!