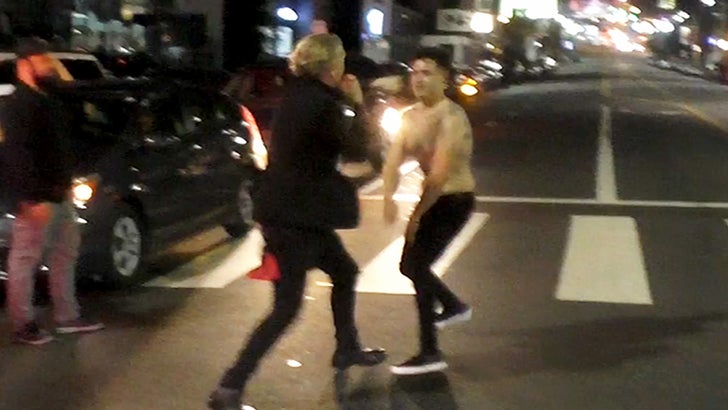 Nothing like a good ol' fashioned street fight -- with a hint of MMA action -- to top off a night out on the town ... and this one even has a hype man and a very distressed damsel!

The "Clash in the Crosswalk" (every great fight needs a title) went down Thursday night outside Poppy in West Hollywood. Two dudes, one with his shirt off -- 'cause why not -- squared up for some bare-knuckle boxing.

Here's what we know from the bearded hype man who repeatedly shouted things like, "Welcome to L.A." and "WEST SIDE!!!!" ... the shirt-off dude started the fight, or at least wanted the fight initially.

But, after one shot to the face, the topless tough guy went down ... and the other guy unleashed his ground and pound game, including an attempted rear naked choke. Attempted.

Anyway, check out the video ... Dana White won't be offering these guys UFC contracts, but the chick who's screaming and crying for them to "PLEASE STOP" ... might have a future in horror movies. 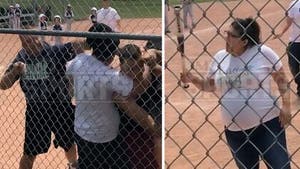 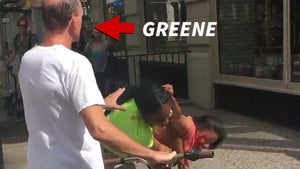