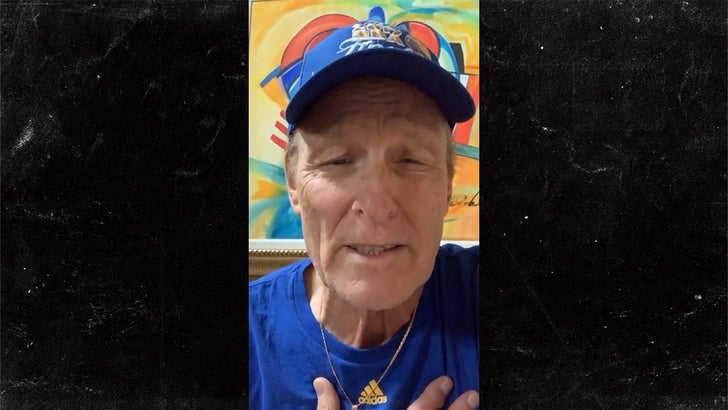 Golden State Warriors legend Rick Barry says he APPROVES the team retiring Kevin Durant's #35 jersey ... he's just got one issue with KD -- why did you leave for Brooklyn?!

Barry -- one of only 6 Warriors players to ever have their number officially retired -- thinks the world of Durant ... saying he's an obvious Hall of Famer and one of the most special players of all time.

But Barry is very confused as to why Durant would leave such an amazing situation in Golden State for an unsure future with the Brooklyn Nets.

"I'm hoping some day he's gonna come forward and actually explain why it is he made the decision to leave because personally I can't figure out what reasons would justify wanting to leave the situation that he's in," Barry tells TMZ Sports.

"It's such an incredible opportunity to be one of the greatest teams in the history of your sport. You have great teammates who can help you to achieve the goal of winning more championships and not have to carry the whole load yourself, be in a new arena that's gonna be fantastic, with great fans. So it's hard for me to conceive of why he wanted to leave."

Still, Barry says there's no hard feelings and even joked about KD's future ...

"I wish him all the best but I will root against him when he plays against the Warriors when he comes back from his injury."

"Thank you for what you did to bring championships to this team with your amazing skills," Barry added.

"So sorry for your injury and we'll pray for you that you will have a full and speedy recovery, and I look forward to watching you perform in the future."

"And I hope that maybe, just give me a call if you'd like, and tell me why you left. I'd just like to know why ... I would've loved to had you finish out your career here, and bring more championships. But, whatever it is and whatever the reason is, that's your choice and i wish you all the best that life has to offer."