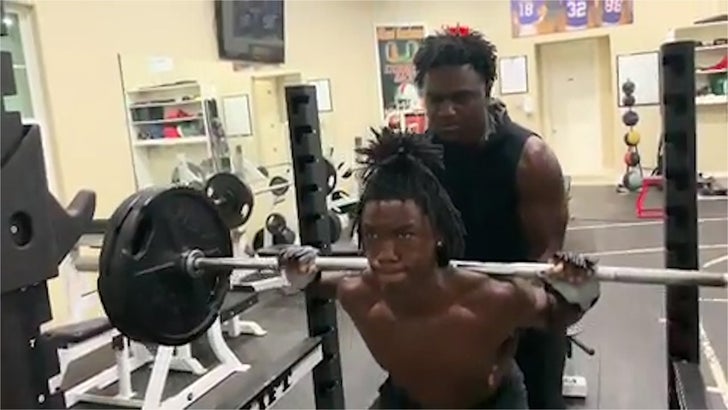 Here's Edgerrin James building a BEAST ... the ex-NFL star is giving his 8th grade son weight room tips -- and it doesn't seem like it'll be long before the kid is tearing up the gridiron!!!

Edgerrin's son, Eden, is about to start high school ... but it's pretty clear he's going to have a HUGE leg up on the rest of the freshmen in his class 'cause of his legendary pops.

The 15-year-old is getting personal gym lessons from Edgerrin himself ... and seems it's already working.

Check out some of the weight Eden's pushing around -- 225-plus-pound squats, 155-pound bench presses, 135-pound front squats and more. BEAST!!!

Edgerrin's already said he hopes Eden's good enough to ultimately end up at his alma mater -- The U -- and it sure looks like he's on his way. 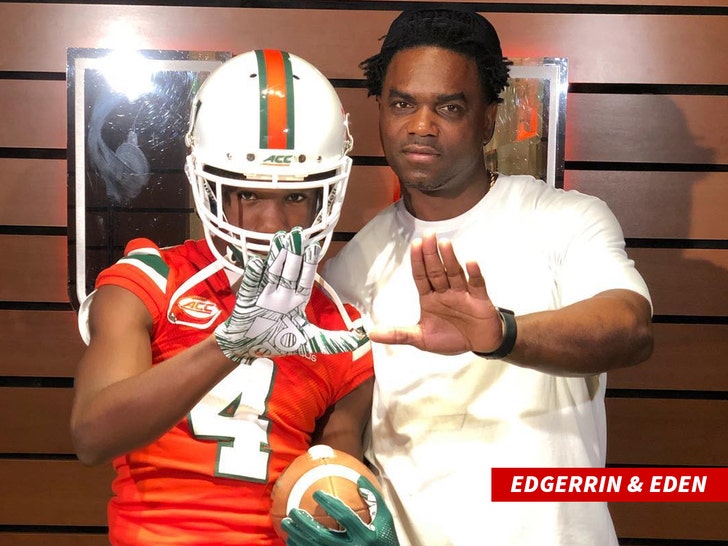 By the way, the former Indianapolis Colts RB also has another younger son, Edgerrin James Jr., who's killin' it on the basketball floor as a middle schooler.

Edgerrin knows both can be special athletes -- he said in a recent interview, "They’re legit ... They’re really good.” 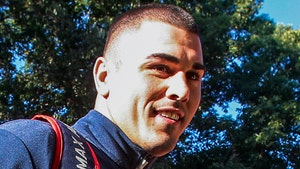 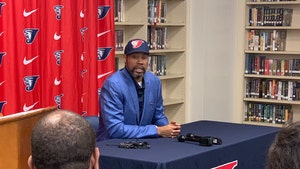