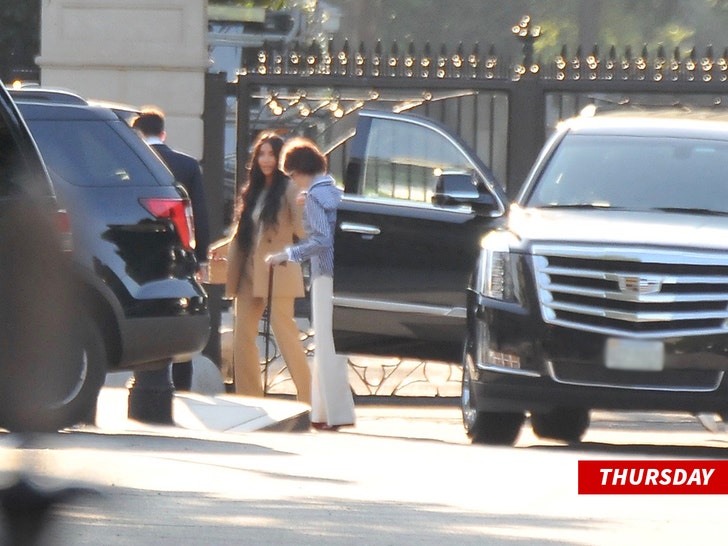 Kim Kardashian West is back at 1600 Pennsylvania Ave. looking like she still very much means business in D.C. ... and she brought a couple sidekicks with her for a very special tour.

Kim arrived at the White House front gates Thursday morning in an all-gold getup ... with a shiny top, shoes and purse to go with the suit. 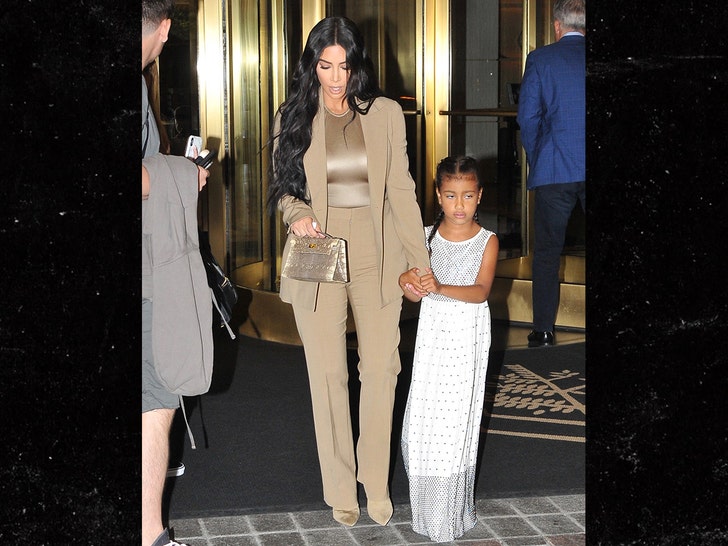 She wasn't flying solo, though -- her oldest kid, North West, left the Four Seasons hotel with her mom and got to tag along.

Kim's been in the nation's capital the past couple days visiting jails to discuss prison reform -- and possibly shooting an Oxygen Network documentary -- and our sources say she had another meeting with President Trump on the issue.

During her visit, we're told she also surprised her grandmother -- who recently turned 85 -- with a tour of the White House.

Thank you @realDonaldTrump , @SecPompeo, Jared Kushner & everyone involved with the efforts to Free ASAP Rocky & his two friends. Your commitment to justice reform is so appreciated 🙏🏼🤞🏼 https://t.co/Ym1Rzo5Z6c

As we reported ... she and Kanye lobbied President Trump last week to get involved in the A$AP Rocky case in Sweden, and she thanked him and Jared Kushner for trying to free the rapper.

Unfortunately ... it doesn't look like it's going to be a simple task. A$AP was charged with assault early Thursday morning. 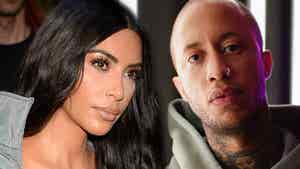 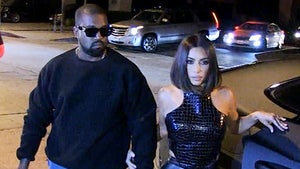