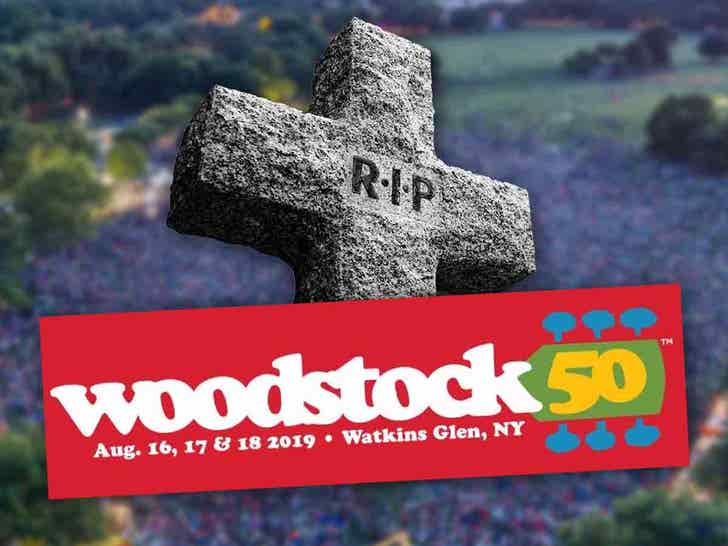 Woodstock 50 is officially a no-go, kaput, donzo, dead -- pick your favorite adjective -- cause it's been canceled.

The troubled festival was just over 2 weeks away from kicking off, but organizers just couldn't recover from setback after setback that ultimately led to Wednesday's announcement that its been officially called off.

Greg Peck, a principal of Woodstock 50, tells TMZ, "The unfortunate dispute with our financial partner and the resulting legal proceedings set us off course at a critical juncture, throwing a wrench in our plans and forcing us to find an alternate venue to Watkins Glen."

He goes on to say, "The timing meant we had few choices where our artists would be able to perform. We worked hard to find a way to produce a proper tribute—and some great artists came aboard over the last week to support Woodstock 50—but time simply ran short."

The news comes on the heels of artist after artist announcing they were pulling out ... from Miley Cyrus, Carlos Santana and Jay-Z to the Dead & Co. and John Fogerty. The good news for the artists who originally signed on ... Woodstock 50 organizers say artists get to keep their fees, asking they donate 10% of it to charity. 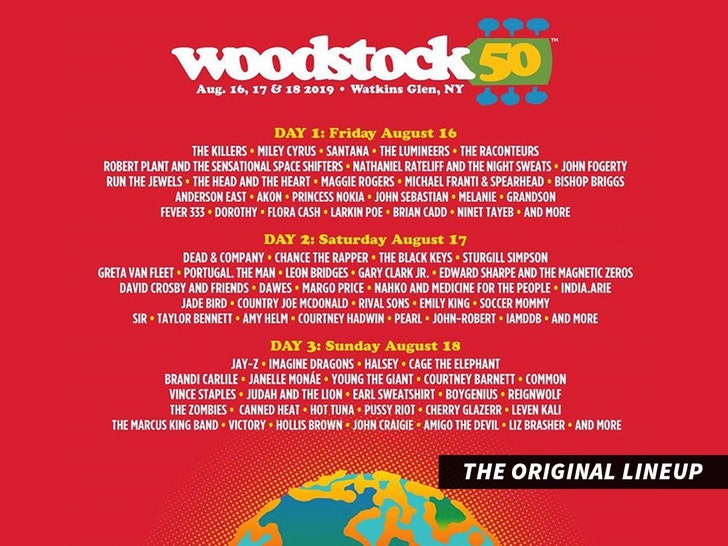 As you'll recall ... the festival was originally supposed to go down at Watkins Glen International in upstate NY but the venue pulled the plug, this after serious money issues.

The 3-day festival then got moved to Columbia, Maryland at the Merriweather Post Pavilion ... a much smaller venue. As we reported ... Woodstock 50 was reduced to become a free show for those lucky enough to get their hands on tickets. So much for that. 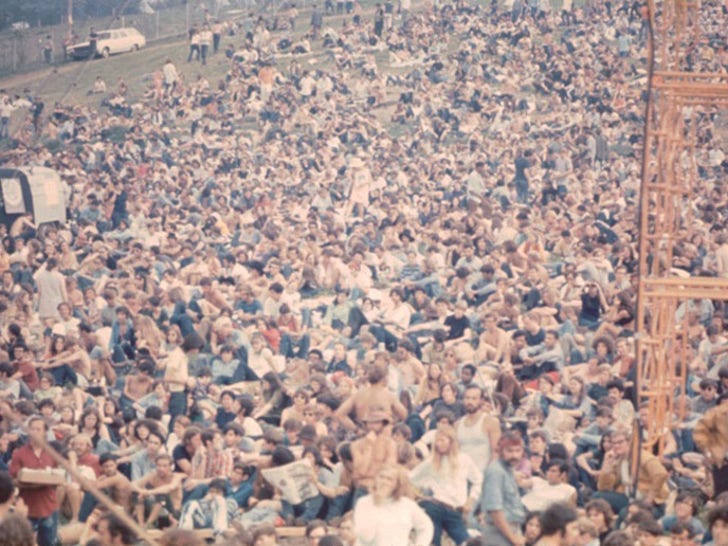