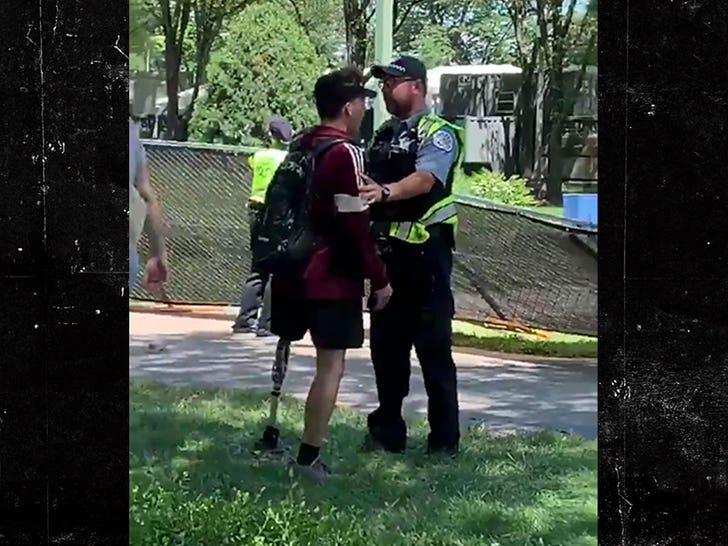 Chaos at Lollapalooza in Chicago where more than 50 people charged the gates "Game of Thrones"-style to get free entry ... but cops only managed to stop one dude -- a guy who only has 1 leg.

It's 2 hours later and this is still UNBELIEVABLE (Via @jermcohen) pic.twitter.com/ABGLl5uh86

It all went down around 2 PM -- where fans who obviously were stoked to see huge acts like Childish Gambino and Tame Impala.

There was clearly a "They Can't Stop All Of Us" mentality ... and they were mostly right. Mostly.

In the footage, a cop storms into the fracas with heroic intentions ... only to step in front of the only guy in the group with a prosthetic leg.

Officials say NONE of the fence-stormers actually made it inside the festival -- claiming the gate that went down was only a perimeter fence.

In other words, there was a gate behind the gate.

No word what happened to the one guy who got stopped.

Look, cops don't always take the easy way out ... there was that one time they ran down a world-class athlete who ended up being the #1 overall pick in the NFL Draft. 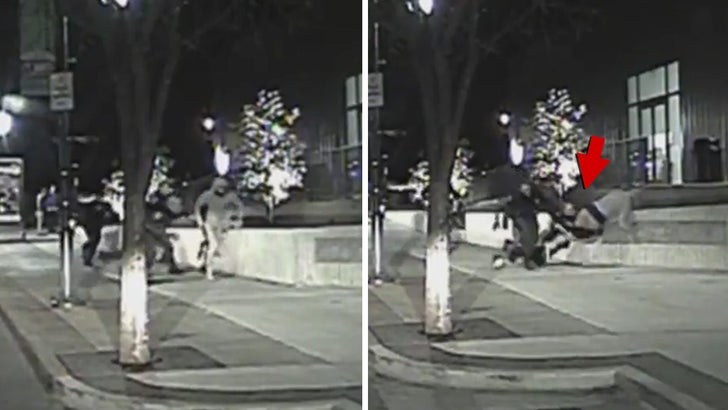