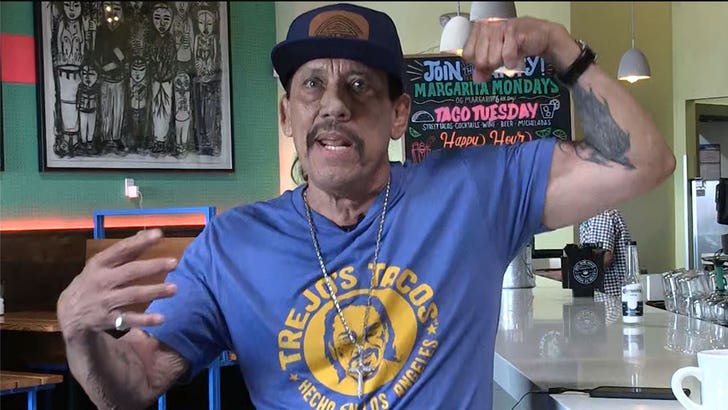 11:57 AM PT -- 8/8 -- Danny joined "TMZ Live" and gave a detailed breakdown of what went down ... and how a group of strangers banded together to save the baby from the car wreck.

Of course, he also provided some levity about the scary situation.

Trejo says he got a huge assist from a big strong guy and a young lady in freeing the little boy from his car seat so he could pull him out of the wreckage ... and then Danny took it from there.

He tells us his knowledge of special needs children came through in a big way in helping calm the little man's nerves, and his mother joyously got him back safe and sound.

Danny Trejo is the hero L.A. needs ... or at least one grandmother in L.A. desperately needed when her car flipped over trapping her infant grandchild in the backseat.

Danny was in the right place at the right time Wednesday afternoon when a driver allegedly ran a red light, and smashed into another vehicle ... which ended up on its roof.

The 75-year-old was in the area running errands when he came across the accident, and ran to assist. While grandma was stuck in the driver's seat of the flipped car, she kept screaming for Danny and 2 other Samaritans to help the baby boy, who was strapped in the car seat in the back.

Trejo says he climbed into the wreckage and -- with the help of the other heroic bystanders -- was able to pull the infant to safety.

The grandmother had to be freed from the wreck by firefighters. Both grandma and kid were reportedly transferred to a hospital with non-life-threatening injuries.

Trejo described helping the little boy to stay calm by saying "OKAY, we have to use our superpowers. So, he screamed 'superpowers' and we started yelling 'superpowers.'" I said, "do this, with the muscles. He said 'muscles.'" 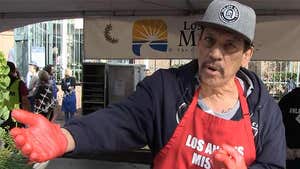 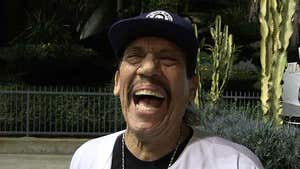