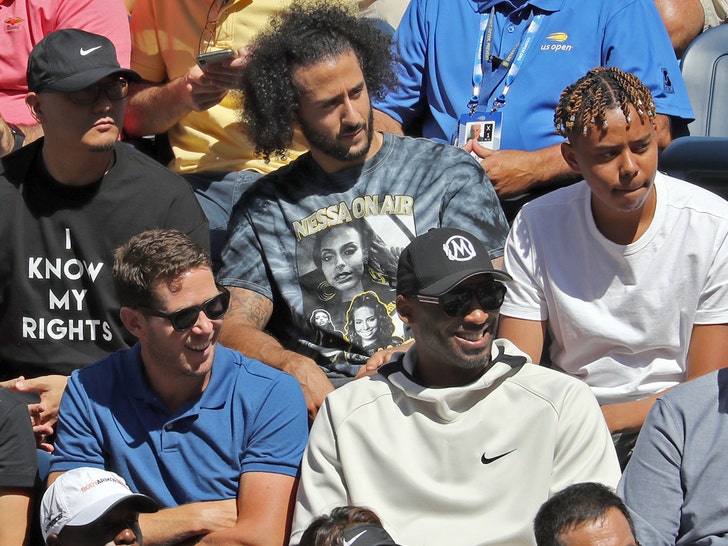 Huge moment at the U.S. Open in New York ... where Colin Kaepernick and Kobe Bryant were spotted together in the stands to watch Naomi Osaka do her thing!

Kobe spotted Colin in the stands at Louis Armstrong Stadium and went over to say hi ... and when CK realized what was happening, he sprung up from his seat with a huge smile on his face!!

The guys did the ol' bro hug and talked for a bit before going back to watching the match.

And, get this ... Naomi's rap star boyfriend, YBN Cordae, was sitting right by the guys when the whole thing went down.

We also noticed Kap and Kobe were surrounded by security -- for obvious reasons.

As for Naomi, she's battling it out with Magda Linette, an unranked player from Poland. Should be a beatdown.