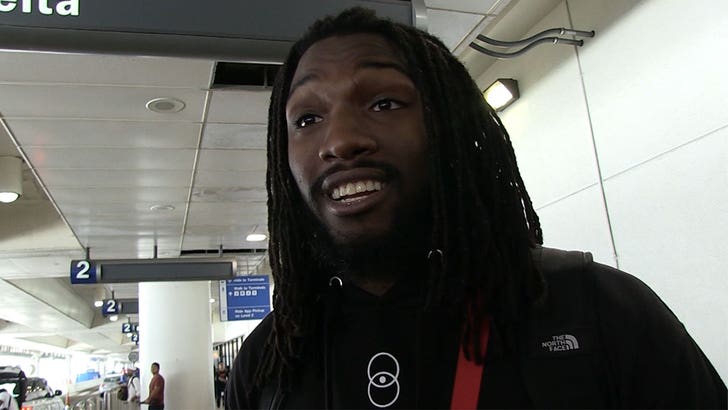 Kenneth Faried says he's knows Team USA did it's best in the FIBA World Cup Basketball tournament, but the young guys gotta play "tougher and harder" if they wan to win next time.

Faried knows what it takes to win on the international stage, he took home the gold with the 2014 U.S. FIBA team that featured All-Stars like James Harden, Derrick Rose, Klay Thompson, Steph Curry and Anthony Davis.

The 2019 team had far less star power and it showed, as they failed to even medal in this year's World Cup (c'mon guys). We got Kenneth at LAX and he says the international game is getting better, and our guys gotta want it more.

"I think them guys really went out there and really tried to play their hardest, just need to play tougher and harder."

Faried says the players from across the pond have blossomed into big NBA stars, and they have absolutely NO FEAR of the studs from America and that makes Team USA vulnerable.

Kenneth explained ... "Giannis (from Greece) was just the MVP, Pascal Siakam was just the Most Improved Player. The international teams are way better, they're getting so much better. They're coming after us."