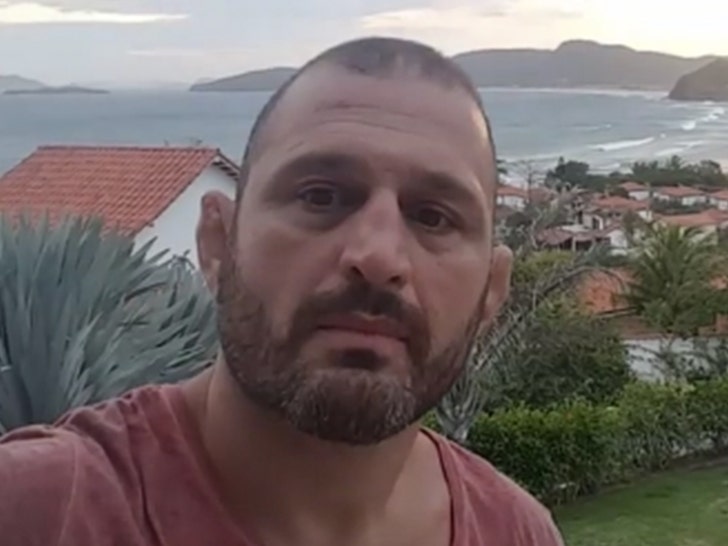 Ralph Gracie -- 5th degree Brazilian Jiu-Jitsu black belt and ex-MMA fighter -- has been charged with felony assault ... after allegedly knocking a Jiu-Jitsu champion out cold with an elbow, and then kicking him in the face.

The alleged incident went down December 15, 2018 on the sidelines of the International Brazilian Jiu-Jitsu Federation World Championships in Anaheim, CA.

Officials say Gracie -- whose grandfather Carlos Gracie developed Gracie Jiu-Jitsu -- attacked 5-time world champ Flavio Almeida ... elbowing him in the face, knocking him unconscious before kicking him in the face at least once.

Almeida suffered a concussion and lost 2 teeth in the altercation.

A Grand Jury convened in Orange County, CA and decided to charge Gracie with felony assault.

To make matters worse for Ralph -- who owns several BJJ schools -- the alleged attack was caught on video.

Gracie's been charged ... but there's a problem. After the incident, officials say he fled to his native country, Brazil.

The OC D.A. is adamant they won't let that stop them from pursuing the case, saying ... “The Orange County District Attorney’s Office will continue to seek justice for victims regardless of the geographical obstacles in our way.”