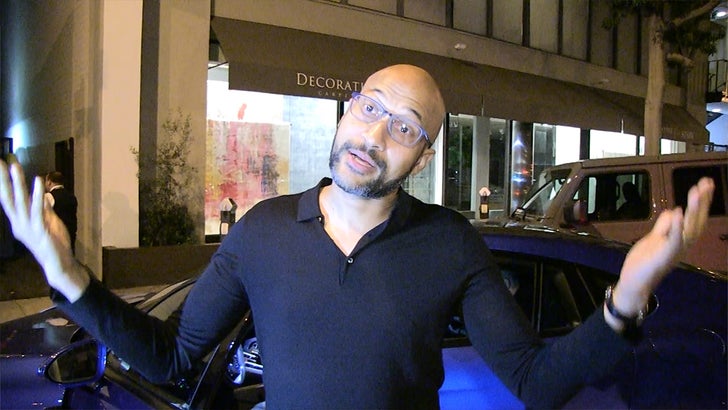 Comedy titan Keegan-Michael Key has an idea to stop Vontaze Burfict-style helmet-to-helmet hits in the NFL ... and while it's definitely out there, he might have a point.

He's suggesting the end of the helmet. The way he sees it ... no helmet means no helmet-to-helmet hits.

We got Key out on the town in L.A. (super nice guy BTW) and asked him what he thought of the league suspending Burfict for the 2019 entire season for that nasty hit on Colts tight end Jack Doyle.

Key said the hit was definitely over the line, but floated that idea that the head will always be used as a weapon, if the head is protected.

"There's this idea that if we have armor on or pads on that we're invincible. I think that ... in a way ... it encourages the helmet to helmet [hits]."

Key says if the NFL outlawed the helmet, player would think safety first ... and not head first.

"I think it would be interesting if we didn't have the helmets then people's natural instinct to take care of themselves would take over."

KMK isn't the first person to suggest getting rid of helmets, with some pointing to rugby as an example of a rugged, physical, sport that has less issue with head trauma then the NFL.

However, after dipping into the issue a little bit, we've learned CTE is becoming a HUGE issue in the rugby world, with very strict rules being implemented to protect the players.

So it turns out the only way to protect players of either sport, is to advise them to play golf.