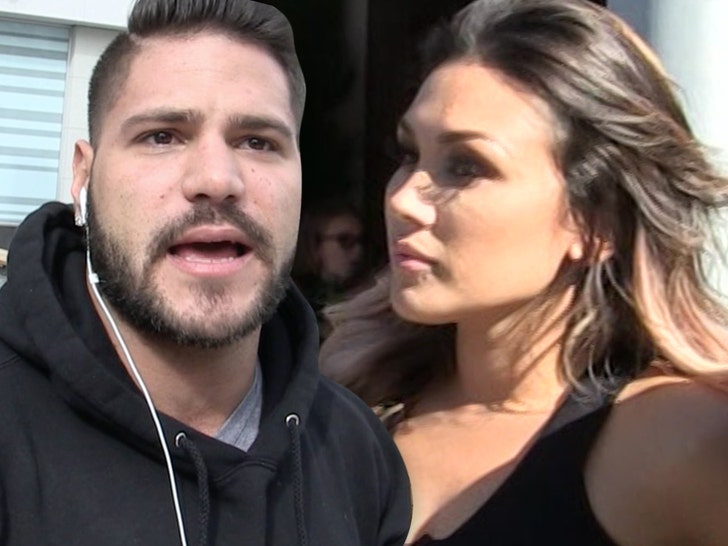 Ronnie Ortiz-Magro is under an emergency protective order, which LAPD issued immediately following his arrest for an alleged domestic violence incident with Jen Harley.

Law enforcement sources tell us the 'Jersey Shore' star must now stay 100 yards away from his on-again, off-again girlfriend and mother of his daughter, Ariana. If, for whatever reason, Ronnie has belongings at Jen's place in Vegas, he must have police escort him.

The order is in place until Oct. 11 ... which will be one week after his arrest.

Of course, Jen can go to court to request a temporary restraining order if she wants Ronnie to stay away beyond the 11.

Interestingly, the order does not prevent him from seeing Ariana. You'll recall the 18-month-old was at the center of the Friday morning incident. TMZ obtained surveillance video showing Jen cradling Ariana and apparently attempting to hide from Ron.

If Ronnie wants to see his daughter, though, a third party would have to be involved to help with an exchange ... because he can't be near Jen.

As we first reported, people close to Ronnie insist he wasn't putting Ariana at risk during the Friday incident, and was really trying to keep her safe from Jen.

He had taken the little girl away from Jen and locked himself in the Airbnb they were renting ... when police entered the home, tased him and arrested him for kidnapping.

We reached out to Ronnie's attorney, Scott Leemon, who declined to comment. 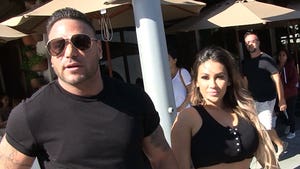 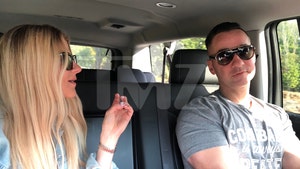