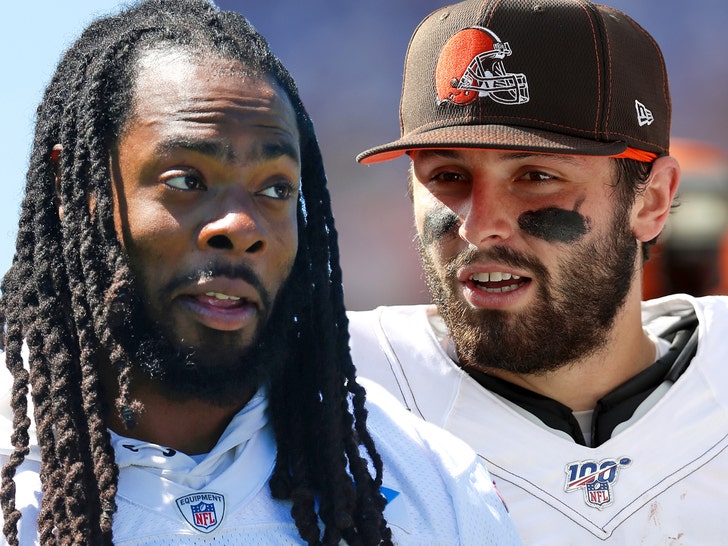 "I know what I did, but that's the one time the camera and something recording me has gone in my favor," Mayfield told reporters on Wednesday.

"I respect him, who he is as a player. He's a great player and has been for a while. In no way did I mean it like that." 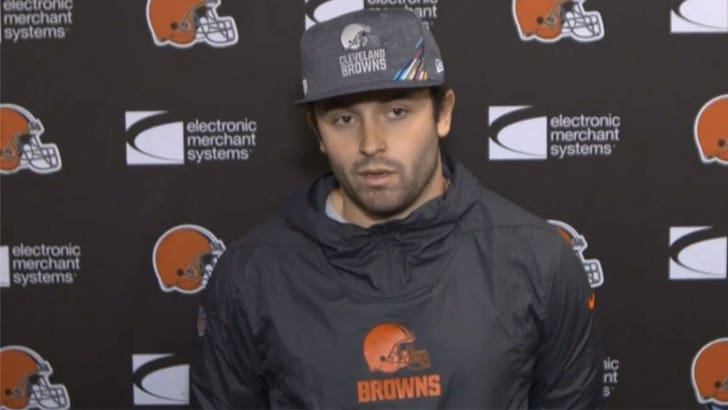 Richard Sherman wants to extend an olive branch to Baker Mayfield ... saying he's sorry for causing a massive controversy by alleging the Browns QB snubbed him of a handshake before Monday's game.

Sherman went OFF on Bake after the San Francisco 49ers destroyed Cleveland on Monday Night Football ... saying, "What's amazing and annoying was him not shaking hands at the beginning ... "That's some college s***."

The 4-time Pro Bowler went on to say Bake's non-dap was "disrespectful to the game" and the Niners saw it as motivation.

So Richard Sherman claims Baker Mayfield refused to shake his hand at the coin toss. This video seems to indicate otherwise: pic.twitter.com/4CgOsLKLPL

But, after footage seemed to contradict Sherman's side of things ... he decided to come out and say Mayfield deserves an apology for all the hubbub he started.

"It's definitely my bad," Sherman told "The Pat McAfee Show" on Wednesday. "I never want anybody to have to deal with some stuff that they didn't do."

"And, so the questions that he's gonna get and the annoying, nonsense questions about some stuff that happened in a game that's already been done, sure he'll get an apology for that."

"I'll probably reach out to him via text or social media to actually get ahold of him and talk to him on the phone."

"Yeah, because that sucks. He definitely deserves an apology, and that's my bad on that."

Sherman says he meant what he said though ... that he DID feel disrespected by how Baker acted at midfield prior to the beatdown on the Browns.

Baker has yet to speak out on "HandshakeGate" ... but it's only a matter of time. 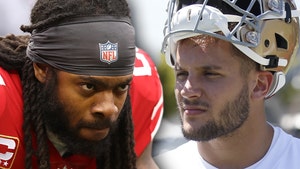 Richard Sherman on Nick Bosa, Tweets Won't Matter If You Can Play 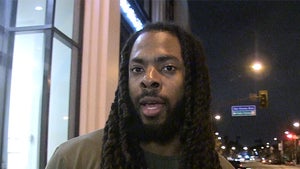 Richard Sherman Weighs In On Antonio Brown To 49ers