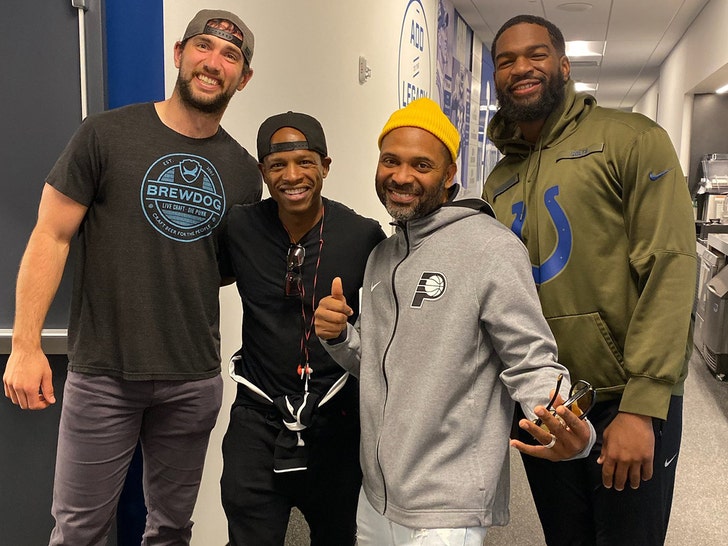 What are YOUUUUUU doing here?!!?

Andrew Luck returned to the Colts headquarters in Indianapolis on Thursday -- the first time we've seen him back there since retiring in August ... and he looks happy!

The QB hung up his cleats right before the regular season kicked off, explaining he couldn't handle any more physical abuse.

Of course, Jacoby Brissett took over as QB1 and he's been doing pretty well so far ... the Colts are 3-2 and coming off a huge upset victory over the KC Chiefs.

The Colts are on a bye this week -- but a bunch of players were still at the facility on Thursday including T.Y. Hilton, Jacoby ... and Andrew Luck!?

In fact, the healthy-looking Luck even posed for a pic with Brissett, actor Mike Epps and Amp Harris, a big-time promoter/manager.

Remember, the fans in Indy booed Luck off the field when they learned of his impending retirement ... and Luck said the boos hurt his feelings.

But, seems it's all water under the bridge now ... which is good to see.

30-year-old Luck -- who reportedly made more than $109 MILLION during his NFL career -- has said he wanted to travel the world and live life away from football.

But, clearly, those plans are on hold ... at least for now. 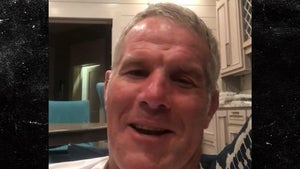 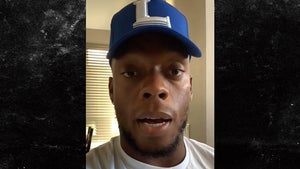