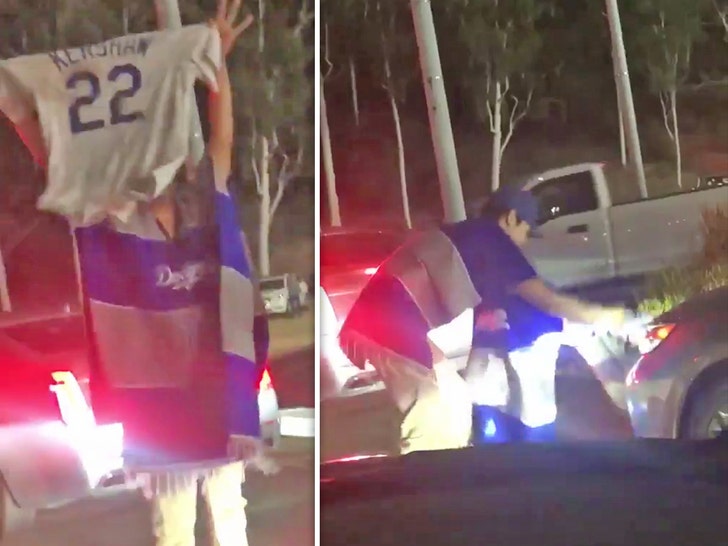 Dodgers fans were SO PISSED at Clayton Kershaw for blowing yet another playoff game Wednesday ... they straight-up invited people at Dodger Stadium to run over his jersey!!!

L.A. was up 3-1 late in Game 5 of its NLDS finale with the Nationals ... when Dave Roberts tabbed Kershaw to help close out the game.

But the 3-time Cy Young winner -- who has a long history of fumbling in the playoffs -- choked ... and gave up the Dodgers' lead on back-to-back homers in the 8th.

Of course, the Dodgers went on to lose the game in the 10th inning ... and that's when L.A. fans took to the stadium parking lot with Kershaw jerseys in hand.

Dodger fans are running over a Kershaw jersey. pic.twitter.com/kDwYOg9xzA

You can see in video shot by LZ Granderson ... people laid the No. 22 jersey just beneath tires, and fans happily ran it over.

For his part, 31-year-old Kershaw admitted to sucking once again ... telling reporters after the game, "Everything people say is true right now about the postseason. I understand that."

He added, "Nothing I can do about it right now. It's a terrible feeling. It really is."

The star pitcher ultimately gave up 5 earned runs in 6.1 innings in his two appearances in the series ... and added after Game 5, "I might not get over it."

For their part, his teammates tried to stick up for him and are already forgiving the guy for his poor postseason.

As for Dodger fans ... clearly they ain't ready for that yet. 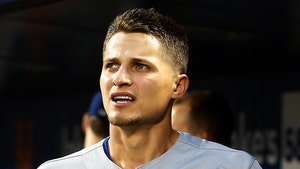