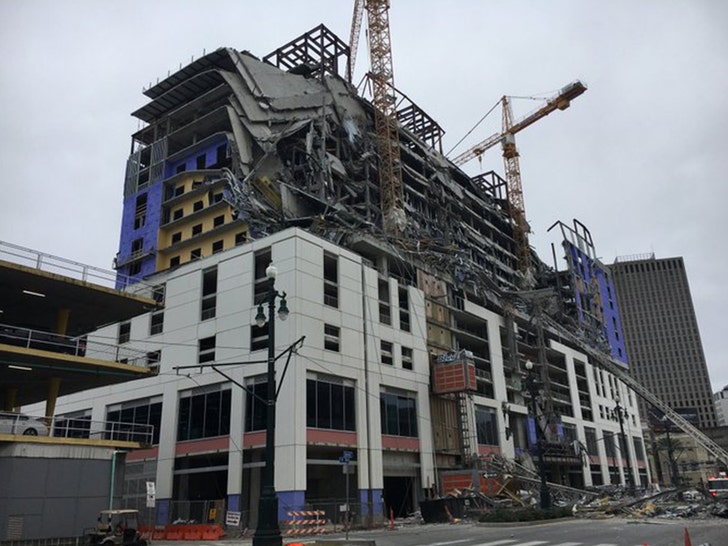 A Hard Rock Hotel that was under construction collapsed this weekend, leaving at least 1 dead and several others injured.

The implosion happened Saturday morning in New Orleans, when the upper deck of the hotel started to crumble in on itself ... apparently, after a crane fell from up above. The rubble slid off the side of the building in crazy video captured by onlookers in the street.

NOLA officials say at least 1 person is confirmed deceased while at least 18 others were injured and sent to the hospital. The city's fire chief says at least 3 people are unaccounted for -- all of whom are reportedly contractors who were working on-site.

Another hanging crane is said to be unstable at the moment, and more of the building could collapse -- so police and the fire department have cleared neighboring streets and evacuated surrounding buildings. A search-and-rescue operation is currently underway.

It's unclear what exactly caused the building to cave -- doesn't sound like the construction site was all that safe to begin with. Even crazier was the footage caught from the ground as debris and dust filled the roads ... eerily similar to the scene on 9/11.

One last wild fact about this -- per local reports, a number of the hotel rooms and units in the hotel were up for sale. The facility was also set to be opened in Spring 2020.

Not sure who'd wanna stay there after all this ... 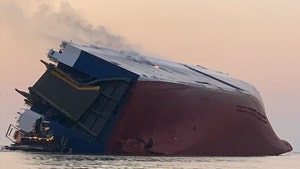 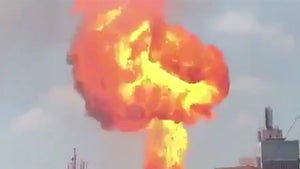