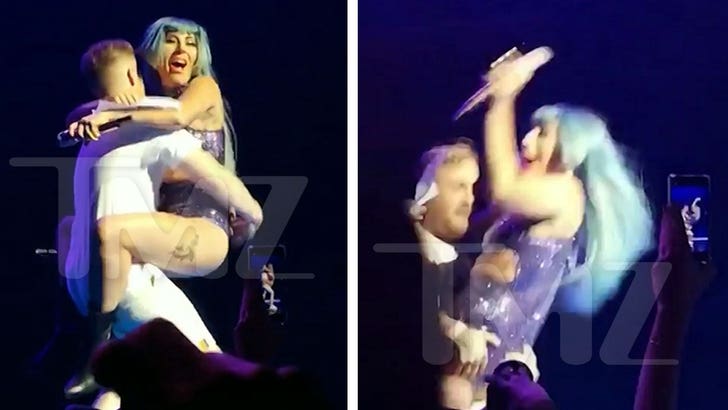 10:35 AM PT -- The lucky/unlucky fan, Jack, has responded to his moment of infamy and the backlash from online trolls blaming him, saying ... "Lady Gaga herself has told people to stop with the negative comments," and he adds, "she told me herself I was not to blame and so did multiple members of [her] team."

And, just to make it clear, Jack says ... "I WASN'T DRUNK OR ANYTHING ELSE PEOPLE ARE ACCUSING ME OF. I WASN'T ANYTHING BUT IN AWE OF HER.

Lady Gaga came way too close to the edge of glory when she invited a fan onstage and leapt into his arms ... because he was not ready for the spotlight.

Gaga was in the middle of a performance for her Las Vegas residency show, 'Enigma,' Thursday night at Park MGM when she brought the fan, Jack, up to join her.

Jack looked like he didn't want to let go when Gaga gave him a hug, so she obliged and decided to jump up and wrap her legs around his waist ... and that turned out to be a very bad choice.

After a few little hops and twists, everyone's laughs and cheers turned to gasps as Jack took a misstep off the right side of the elevated stage and went tumbling off ... still holding on to the star of the show.

The 2 crashed hard, and it looked like Jack came down on top of Gaga. Here's another angle.

The good news ... everyone seemed to be uninjured after the nasty spill, and Gaga announced to the crowd that everything was okay. She added ... "The only thing that’s not okay is we need some stairs for the damn stage so I can get back up."

The singer also consoled Jack, who was apparently in tears after the fall, and invited him back up to sit with her as she played piano and performed "Million Reasons." 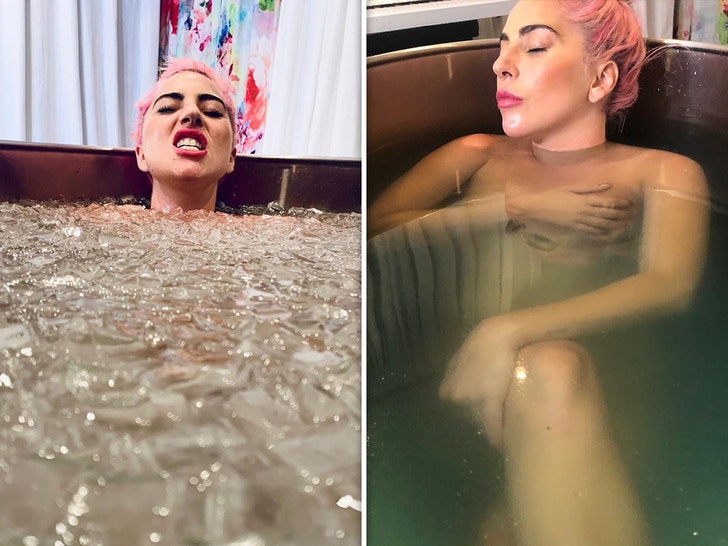 She told him ... "Could you promise me something? Could you forgive yourself right now for what just happened?" and added, "I think that’s amazing. We f****g love each other so much we fell off the damn stage."

What a pro. Her post-concert ice bath and hot bath was extra necessary after this one. 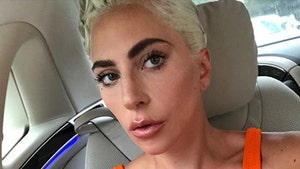 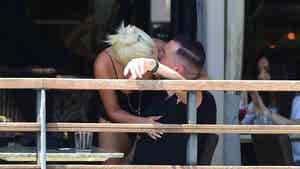 Lady Gaga Shows PDA with Familiar Face to Her

Lady Gaga You Might Want to Rethink Hot Vegas Music