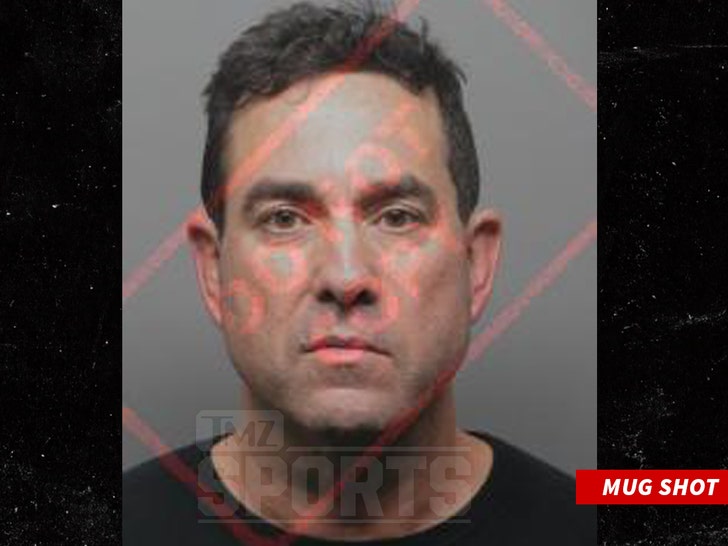 10:33 PM PT -- The attorney for Erica Sosnick, Jennifer King, tells us her client intends to drop the restraining order on Monday, saying ... "Upon further reflection and after a period of cooling off, Erica has decided it is in the best interest of the family, and the children in particular, to dismiss the restraining order."

MLB superagent Matt Sosnick -- whose agency reps huge stars like Pete Alonso -- was arrested for domestic violence for allegedly choking his wife in front of their young daughter ... and now she has a restraining order against him. 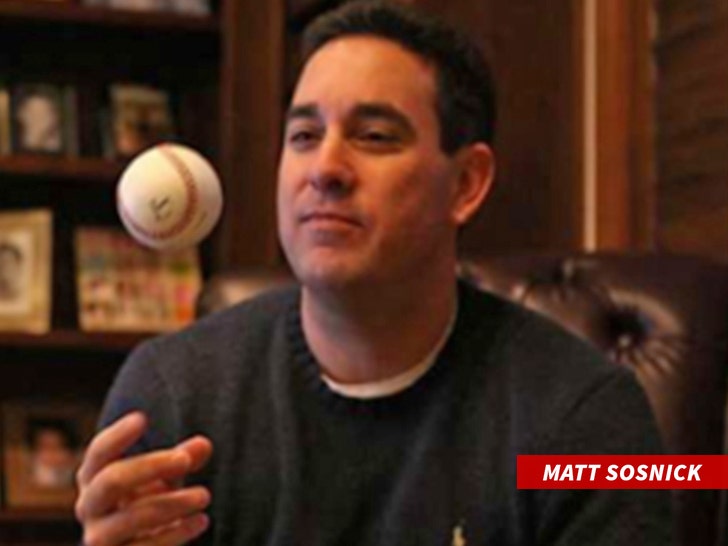 Matt initially gained notoriety in the early 2000s for repping ex-Marlins star Dontrelle Willis, who actually got Sosnick's agency's logo tattooed on his arm during his pitching days.

But now, Matt's wife, Erica Sosnick, has filed for divorce from the 50-year-old -- alleging he roughed her up during an Oct. 8 incident.

We've confirmed Matt was arrested by the Danville PD in Northern California on Oct. 8 for domestic violence and misdemeanor child endangerment.

According to court docs obtained by TMZ Sports, Erica claims Matt "grabbed my neck and squeezed" and told her, "I will destroy you." Erica then says he threw her across the room -- where she crashed into a table, all while their 9-year-old daughter watched.

Erica says their daughter called her former nanny and told the woman, "Daddy is yelling at mom. Mom is hurt."

Erica says in court docs she suffered injuries in the attack -- including bruising and swelling on her arm and red marks in the shape of handprints around her throat ... and she says things took an even worse turn the next day.

Erica claims on Oct. 9, she received text messages from Matt saying he was going to kill himself ... telling her, "I've already decided ...Saying goodbye to kids" and "My death is on you."

Erica's request for a temporary restraining order against Matt was granted -- and the next day, officials say Matt VIOLATED the order ... so he was arrested again on Oct. 9. 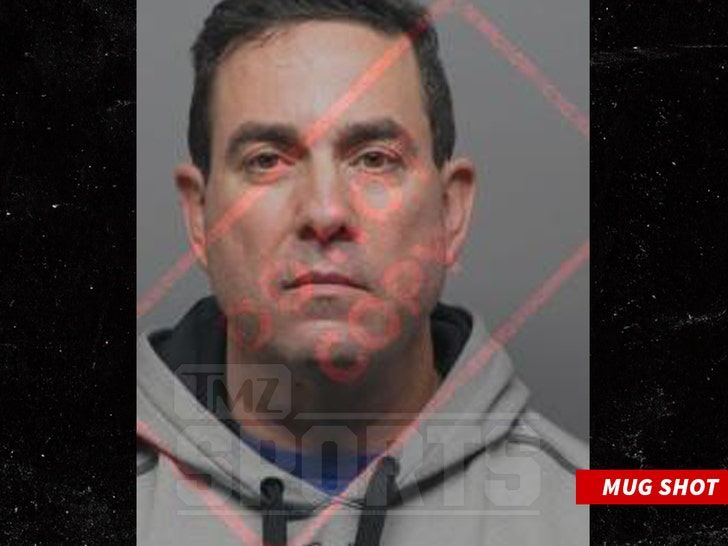 Now, Erica is asking the court for a more permanent restraining order. Records show she also got a move-out order against Matt, requiring him to leave the family residence. She's also filed divorce docs seeking to end their 11-year marriage, citing irreconcilable differences.

Matt -- who was reportedly named 1 of the 5 most influential young people in baseball by Forbes in 2008 -- is currently one of the biggest agents in the MLB.

We've reached out to Matt and his agency for comment ... but so far, no word back yet. 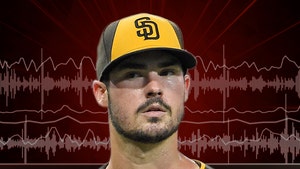 Padres Pitcher Jacob Nix Frantic 911 Call, 'This Guy Is In My Doggy Door!' 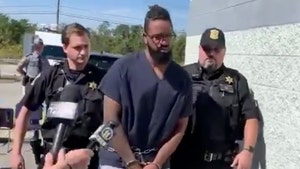