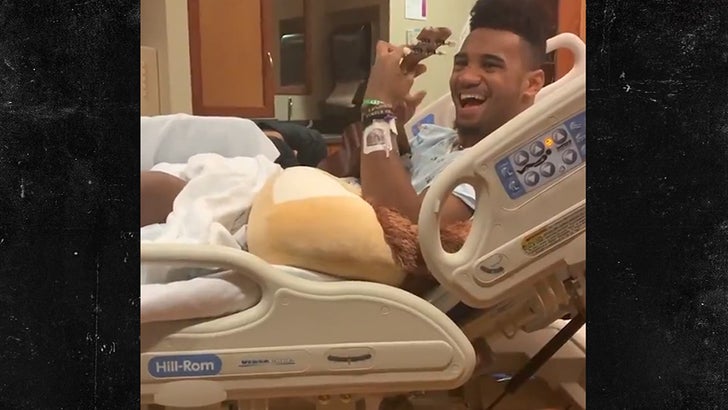 Maybe it's the meds.

Tua suffered a dislocated and fractured right hip Saturday late in the 2nd quarter after two Mississippi State defenders fell on top of him ... leaving him bloodied and in crazy pain on the field.

The Heisman Trophy candidate -- and projected Top 10 pick -- was rushed to the hospital Saturday afternoon ... and will have surgery to repair the injury on Monday ... potentially putting him on the shelf for all of next season.

Tua's football future is up in the air ... so he's gotta be devastated, right?

Bama O-lineman Joshua Carter posted video of Tagovailoa gettin' it in his hospital bed ... singing "Let's Get It On" by Marvin Gaye and playing an instrument.

Sure, Tua's a better football player than a singer ... but it's good to see him happy so soon after a horrific injury.