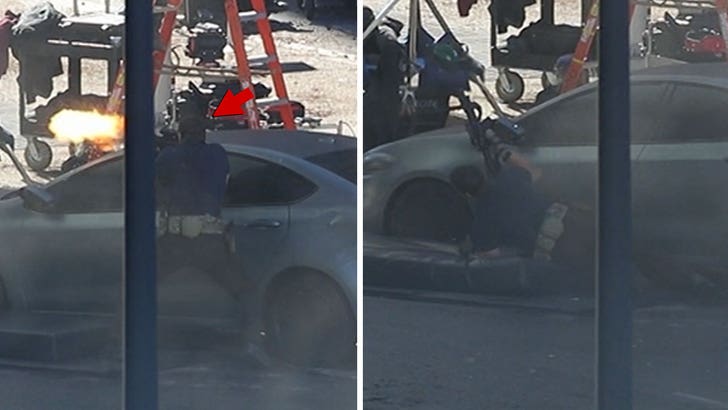 Chris Pratt came under heavy fire -- or at least his character did -- while filming scenes for his next movie ... and, spoiler alert, the star gets shot!!!

Chris and a few of his costars were filming Monday in Atlanta for the action sci-fi thriller, "The Tomorrow War" ... and this particular scene is intense! Chris gets pinned down during a gun battle, but he ain't too successful at escaping danger.

The video's pretty wild ... CP goes down in a heap. No way to tell if it's a fatal shot, but definitely looks like more than a flesh wound.

The plot for the movie, which also stars J.K. Simmons and Yvonne Strahovski, calls for some time travel, so don't worry ... we don't think we've blown the ending.

One thing's for sure ... Chris has gotta be grateful for the well-placed safety mat that cushioned his fall. 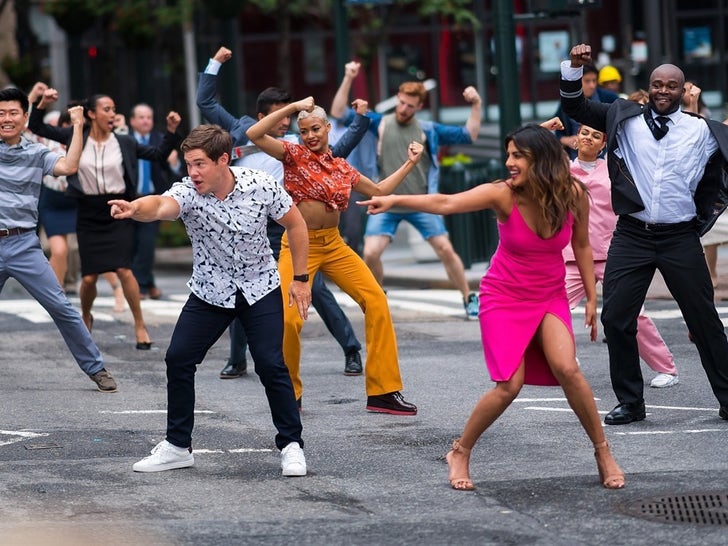 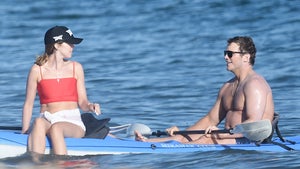