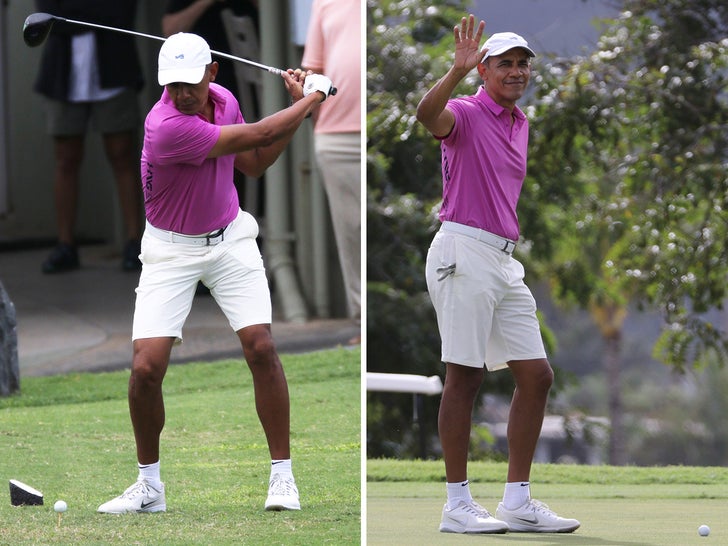 Former President Barack Obama ripped a page out of Prez Trump's trolling playbook -- or so it seemed -- by chilling on a golf course while his successor got impeached.

POTUS 44 hit up the course at Mid-Pacific Country Club Wednesday in Hawaii -- nearly 5,000 miles away from where the House of Representatives made history by voting to impeach POTUS 45 ... just the third time in U.S. history. 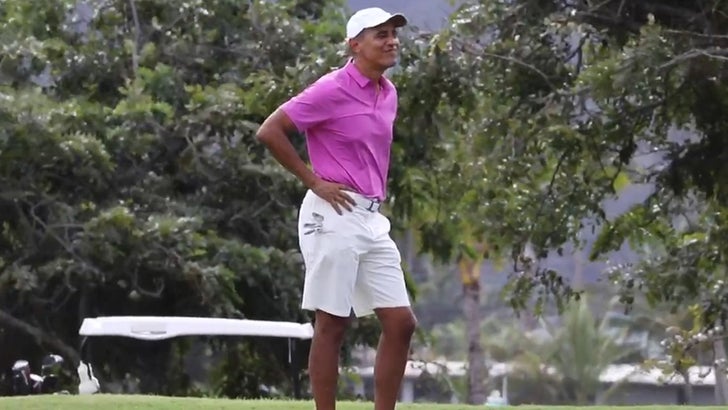 Okay, we doubt Obama really was trolling Trump, but think about the optics. The one thing we KNOW Trump would always rather be doing is playing golf -- so while he was making the wrong kinda history ... his nemesis flaunted his retirement swing on the links.

If it really were a troll, even Trump might tip his hat to Obama -- that is, if he weren't so busy lashing out at the Dems during his Michigan rally.

Trump's Wednesday night speech -- immediately after the impeachment vote -- included a disgusting remark about late Rep. John Dingell that implied the congressman is "looking up" from hell ... because his wife, Rep. Debbie Dingell, voted to impeach.

So, yeah ... pretty easy to see why Obama's choosing golf over impeachment fallout. 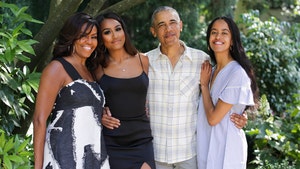