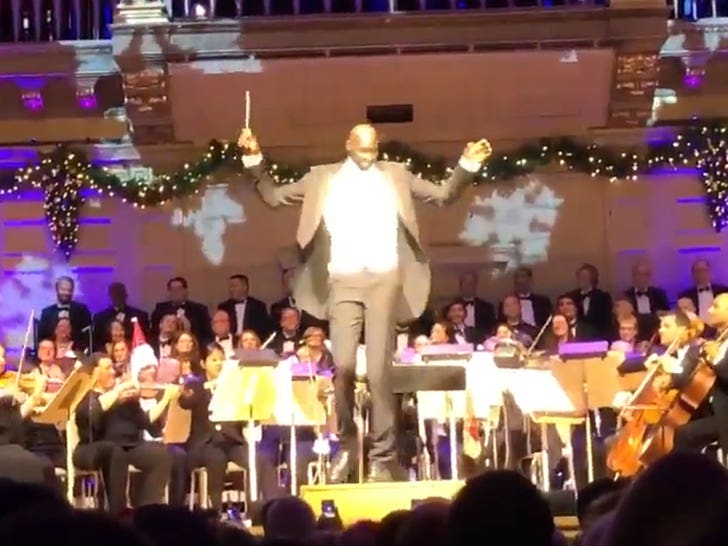 Check out the 7'5" Boston Celtics rookie -- a beloved fan-favorite -- taking over the famous Boston Pops Orchestra for their Xmas show ... AND KILLIN' IT!!

Tacko Fall leading the orchestra through “Sleigh Ride.” He even threw in a little spin. pic.twitter.com/2cXRKbpHbh

The 24-year-old -- born in Senegal -- took the stage at Symphony Hall in a size 48 double extra-long tuxedo ... and temporarily filled in for conductor Keith Lockhart for a rendition of "Sleigh Ride."

HE EVEN BUSTED OUT A SPIN MOVE!!! GIVE THIS GUY A CONTRACT!

Fall absolutely smashed his orchestra debut -- and the crowd went wild for him.

After the show, Fall gave props to Shaquille O'Neal -- who conducted back in 2010 --  telling the Boston Globe he prepared by studying Shaq's performance.

Shout out to Tacko ... one of the nicest guys in pro sports.

Fall was a college sensation back at UCF but didn't get picked in the 2019 NBA Draft. The Celtics signed him to a deal and he did well in the NBA's summer league -- eventually making his NBA debut in October.

Oh, and Merry Christmas everyone! 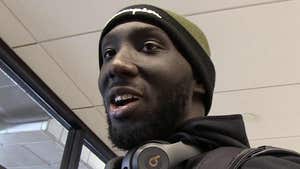 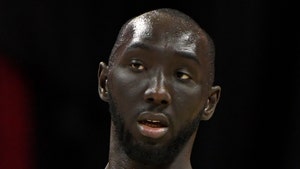