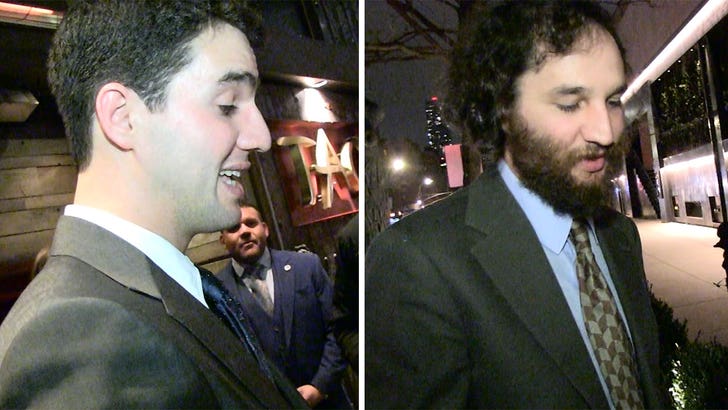 How do the directors of "Uncut Gems" feel about fans pointing out a real-life TV mix-up that made it into the final cut of their movie?! THEY'RE FLATTERED!

Here's the deal ... there's a key scene in the Adam Sandler flick where his character (Howard Ratner) tells his wife to flip on ESPN to watch the Boston Celtics game.

Sandler's wife changes the channel -- but the game ain't on ESPN, it's clearly a TNT broadcast. THE HORROR!!!

Sounds stupid, but media outlets have written stories about the goof. Fans have pointed it out on social media. It's really blown up!

So, when we saw the movie's co-directors -- Benny and Josh Safdie -- we asked how they felt about getting called out in public.

"I love it," Josh told us outside Tao in L.A. ... "I think it just means that people hold the movie up to high standards because they expect reality."

Benny added, "If people are paying attention, I guess that's all it's about."

For the record, both guys argue that it's not a goof -- that they intended the character to say "ESPN" -- even though the game wasn't on that network. You be the judge.