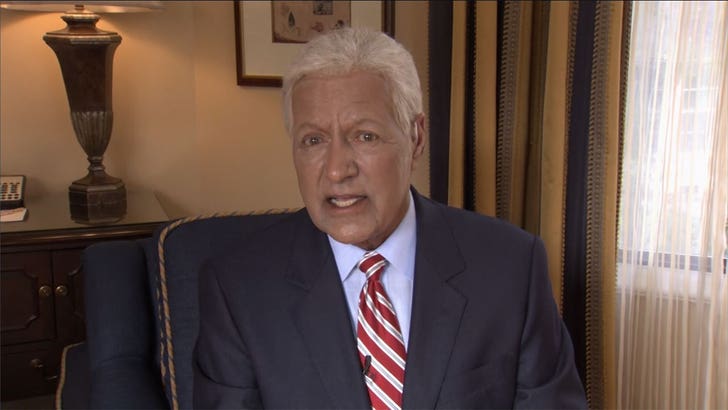 Alex Trebek says he's gotten super close with Ken Jennings, Brad Rutter and James Holzhauer over the years ... and having them back on "Jeopardy!" feels like a family reunion.

The beloved game show host joined us for "TMZ Live" and told us he's enjoying the hell outta hosting the greatest "Jeopardy!" contestants of all time. Alex says they've got an incredibly strong bond, forged during their long runs on the show.

If you've tuned in to the tournament of champions, you've probably noticed how much fun Alex has been having. It's been a trying 10 months for Trebek, who's battling stage 4 pancreatic cancer, but he tells us he's really enjoying this special competition.

Alex says he's still hanging in there in his fight against cancer ... he has his good days and bad, but it seems this reunion of sorts is really lifting his spirits. Really puts a smile on your face.

Trebek's been at the helm of the show since 1984, but says he's never moderated such a fierce competition ... and ya gotta hear why he's comparing this tourney to the Super Bowl!!! 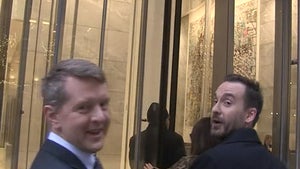 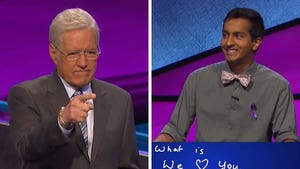