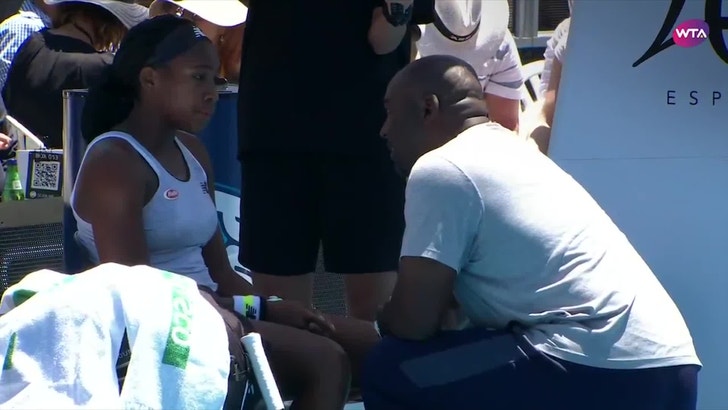 15-year-old rising tennis star Coco Gauff might have to put her dad in a time-out -- he accidentally cursed while coaching her during a match ... and she called him out for it!!

The whole interaction was thankfully caught on camera because Coco and her dad/coach were mic'd up for her ASB Classic match in New Zealand ... and in between sets, he gave her a pep talk.

Her dad, Corey, is heard giving out compliments left and right ... but got a bit carried away when he said, "There's one thing you did the last 3 games, you ain't give up no free points on no damn serve. That serve is weak."

That's when Coco chastised pops for using a bad word while mic'd ... saying, "You can't curse."

Dad's reaction is priceless ... at first he can't believe he cussed on a hot mic, but then directly apologized into the microphone for the slip-up.

But then Corey, still in disbelief, asks Coco again if he really cussed ... and she tells him he did, in fact, say "the d word."

Dad apologized once again ... and Gauff went on to lose the match to Laura Siegemund.

No word on whether Coco has punished her coach for using such foul language. 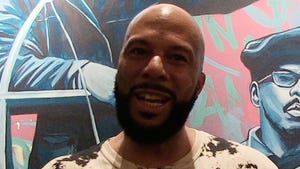 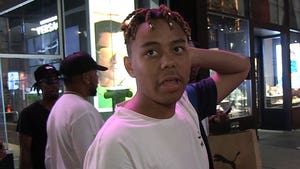