Trick Daddy had yet another run-in with the law ... this time getting busted for cocaine possession and driving under the influence.

According to the arrest report, cops say they found TD asleep behind the wheel early Saturday morning and asked him where he was going/where he was coming from. The officer says he told them he'd come from a club and had just dropped someone off.

Sure enough, the police say they asked Trick Daddy if he'd had anything to drink that night -- and they say he told them he'd had a few drinks hours ago. Cops say they saw him with bloodshot eyes and using slurred speech, so they conducted field sobriety tests.

The responding officers suspected he was driving under the influence, so they placed him under arrest. The cops say they transported him to a nearby jail, where he allegedly refused to offer a breath sample to determine how much booze might've been in his system.

And, lastly, the cops say when they conducted a search of Trick Daddy's belongings ... they claim they found a dollar bill with what they believed to be cocaine residue on the inside. He was ultimately booked for DUI and cocaine possession.

This isn't the first time he was arrested for cocaine, he was also arrested in April 2014 when police went to his Florida home and found a gram of cocaine in his nightstand and a 9mm gun under his pillow.

For that case, he was booked into jail and later bonded out -- after being charged with possession of cocaine, possession of a firearm and ammunition by a convicted felon, and driving with a suspended license. 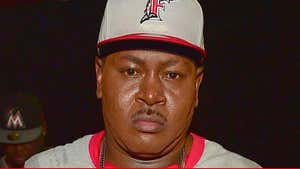 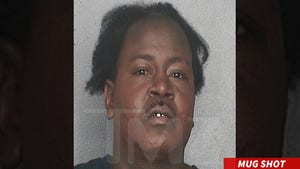