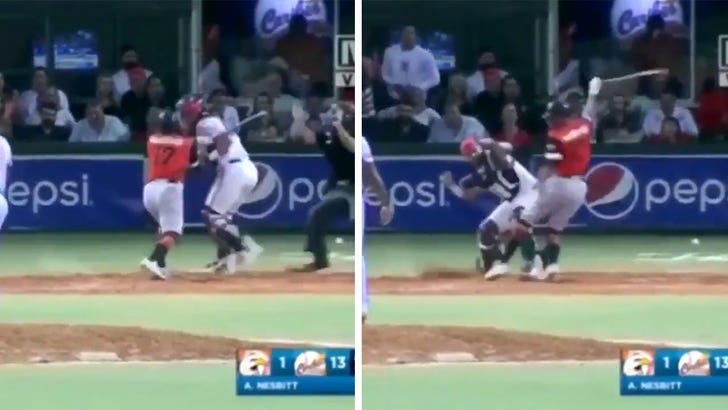 Former MLB player Alex Romero was just hit with a 20-game ban for attacking a catcher with his bat this month ... the Venezuelan Professional Baseball League announced.

As we previously reported, Aguilas del Zulia and Caribes de Anzoategui were involved a heated match on Jan. 8 ... where pitchers were throwing at batters all night.

But tensions spilled into an all-out riot in the 8th inning ... when Romero -- an ex-Arizona Diamondback -- was nearly plunked in the back by an Angel Nesbitt fastball.

The video of what happened next is shocking ... 'cause Romero took two big hacks at the opposing catcher with his bat right on the diamond!!

A brawl ensued ... and MULTIPLE players were ejected.

Now, the league is handing down punishments ... hitting Romero with a 20-game suspension -- while banning Nesbitt for the rest of the Venezuelan postseason for his role in it all.

Nesbitt is already appealing the suspension ... but it's unclear if Romero will follow suit.