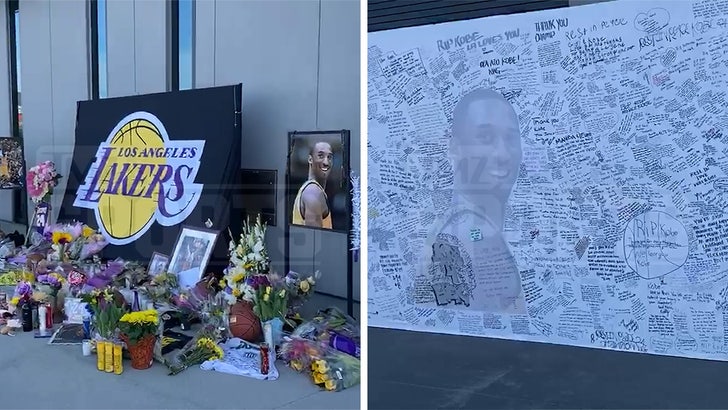 Kobe Bryant's most passionate fans are flocking to the Lakers team facility to say goodbye to the NBA legend ... with thousands of supporters signing a massive tribute to Mamba.

The video is incredible ... huge whiteboards featuring Kobe's face have been placed outside the UCLA Health Training Center in El Segundo so fans can share words for Bryant.

Along with the messages, photos of Kobe, ballons and flowers have added up outside the team building.

The tribute spans at least 100 feet ... and sits right outside the facility's entrance.

Fans have been honoring Bryant and his daughter, GiGi, in front of Staples Center as well ... with some even throwing paper balls into a trash can and yelling "Kobe," like most people did growing up.

Kobe, GiGi and 7 others were killed in a tragic helicopter crash on Sunday. As we reported, there have been talks that the future Hall of Famer's memorial service could be held at the L.A. Coliseum, as Staples could be too small.