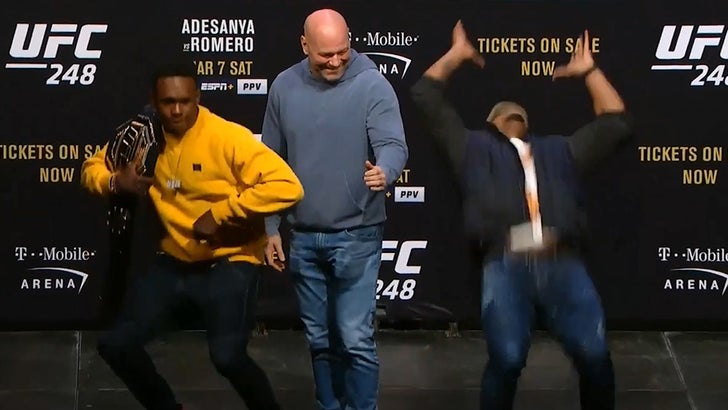 Dance it out before you punch it out!!!

That's what UFC stars Israel Adesanya and Yoel Romero did on Friday when they came face to face at a media event in Houston!!!

The two middleweights are set to throw down at UFC 248 on March 7 -- so tensions were high when they both took the stage for a stare-down.

There was trash talk. There were mean mugs. And, then -- out of nowhere -- there was a dance battle!!!

Adesanya busted out some cool moves -- but Yoel busted out a full BACK HANDSPRING!!!

Just as Israel was getting ready to respond with another round of moves, Dana White got involved and chilled them both out ... 'cause nobody wants to see an injury!!!

Israel has become one of the most entertaining fighters in all of MMA -- remember, he busted out a choreographed dance routine during his walk out to fight Robert Whittaker at UFC 243 back in October.

Oh, and the fight's gonna be sick too! 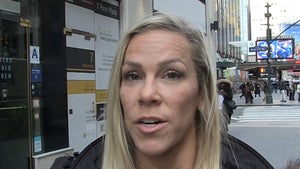