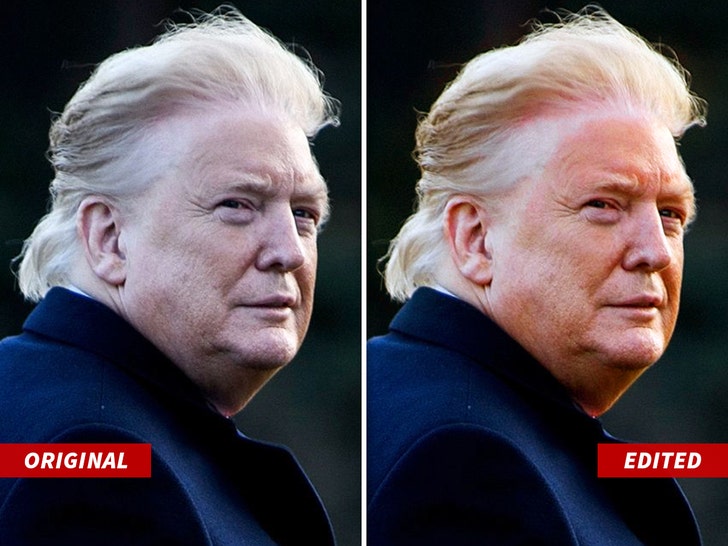 12:21 PM PT -- President Trump has weighed in on a black and white version of the so-called #Orangeface photo ... calling the pic "fake news" and obviously altered.

More Fake News. This was photoshopped, obviously, but the wind was strong and the hair looks good? Anything to demean! https://t.co/t8ptYMCYHf

DT took to Twitter Saturday, writing ... "More Fake News. This was photoshopped, obviously, but the wind was strong and the hair looks good? Anything to demean!" The black and white rendition of the pic was also posted by this Moon guy. It's on his Instagram page.

President Trump was photographed Friday walking across the White House's South lawn in a photo that has since gone viral -- but the pic appears to have been edited.

DT was captured on camera by a guy named William Moon -- a self-described White House correspondent and photographer, who doesn't appear to be part of the official press corps. or White House staff, but clearly has access of some sort to snap shots like these.

The pic shows DT touching down in a helicopter after a trip to Charlotte, NC ... with the wind picking up his hair and the light seemingly showing a major tan line around his face.

⁦@realDonaldTrump⁩ returns to the White House from Charlotte, North Carolina. Photo by William Moon at the South Lawn of the White House on February 7, 2020 pic.twitter.com/n1a1Z93LrJ

In Moon's photo, the outer edge of Trump's mug seems to be in stark contrast to the rest of his face ... showing a color distinction between pale and what looks to be orange or tan. Getty Images has the same pic, though ... and it's not nearly as saturated as this.

Now, it's possible Moon caught the Prez at a different angle with different lighting than the Getty photog did ... perhaps the photo isn't edited at all. Doesn't seem likely, however. 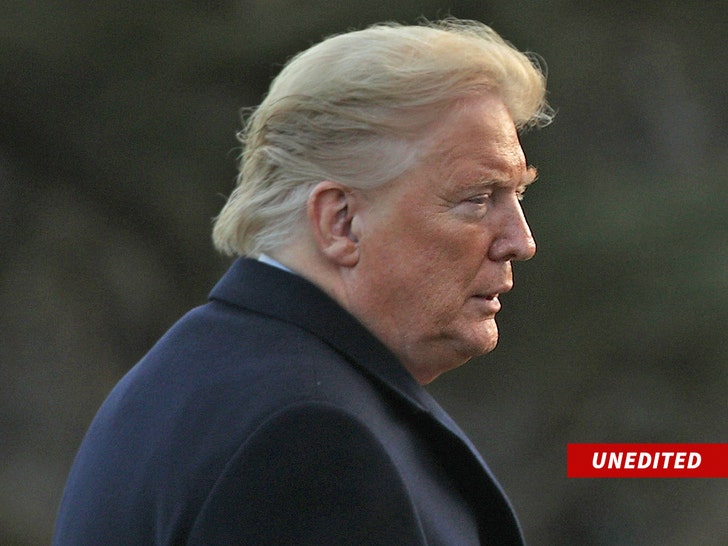 We were able to boost up the color on our end to make the Getty image look pretty similar to what Moon put up ... so it's clear, anybody with basic Photoshop skills can do it.

Here's one more Getty shot of Trump from the same moment, unedited. Yes, he does seem to have a tan -- but it's not nearly as exaggerated as the "#Orangeface" pic would have you think. 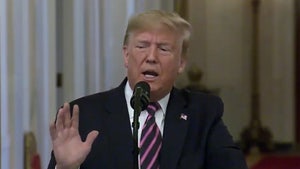 Donald Trump You Might Want to Rethink Beauty Politix Viral