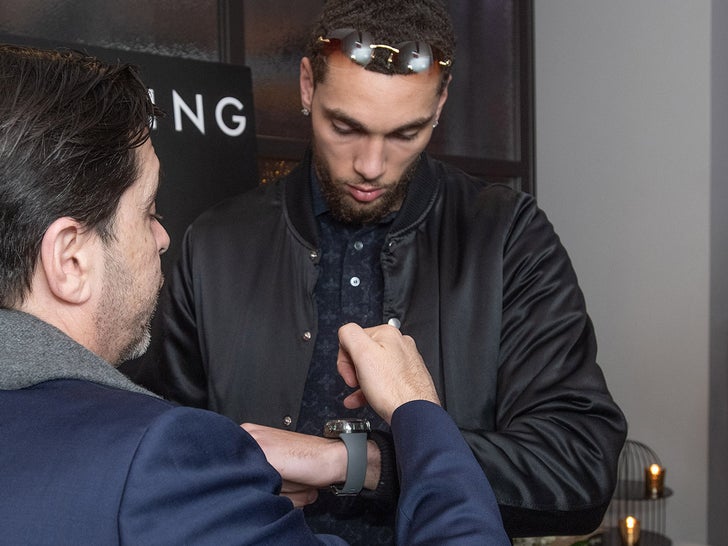 Zach LaVine was the guest of honor at a swanky party, at a fancy Chicago hotel ... BUTTT, not even a dope party could stop the NBA star from hooping 'cause BALL IS LIFE!!

Haute Living and luxury watch brand HYT threw the bash at The Manor in The Virgin Hotel in Chicago ... all to celebrate LaVine gracing the cover of HL mag (and his high school sweetheart, Hunter Mar's bday).

The best part ... LaVine left the party around midnight to go to the gym and SHOOT 500 3-POINTERS until 1:30 in the morning.

Why, you ask? ZL's competing in this weekends 3-point contest ... and he's trying to be the only person to ever win the 3 and dunk contest.

But Zach's game is more than dunking ... he's been killin' it with the Bulls this season, averaging 25 points, 5 rebounds and 4 assists.

If making history wasn't enough motivation, we're told HYT's CEO let LaVine borrow a $50K luxury watch ... and told him if he wins Saturday night, he could keep the timepiece.