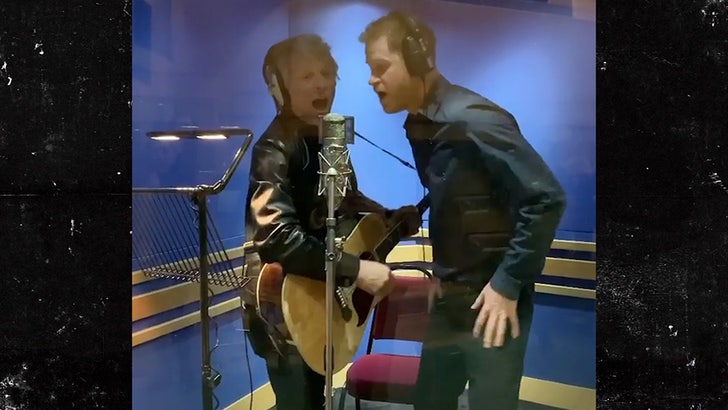 Prince Harry's wrapping up his time as a full-time royal, but he's going out with a bang ... by teaming up with rock 'n' roll royalty for a project in support of Harry's Invictus Games.

The Duke of Sussex met up with Bon Jovi Friday at London's famed Abbey Road Studios, where the rocker's re-recording his single, "Unbroken," with the Invictus Games Choir ... and it looks like we might get to hear Harry's pipes, as well.

The Invictus Games were founded by Harry in 2014 as a Paralympic-style competition for wounded veterans. Bon Jovi's song is about veterans living with PTSD and is meant to honor their service ... so this collab is a perfect match.

Prince Harry and Jon Bon Jovi are collaborating on a brand-new project all in the name of Harry’s #InvictusGames for wounded veterans. @keirsimmons has all the details. pic.twitter.com/v1dYIFI1gE

Even though this is one of Harry's last gigs as a senior royal, Buckingham Palace is still showing full support for his endeavors ... the Scots Guard cranked out some Bon Jovi Friday morn.

His new "Unbroken" track will be released in March and proceeds will support the Invictus Games Foundation. The original version without the choir will be will featured on Bon Jovi's upcoming album. 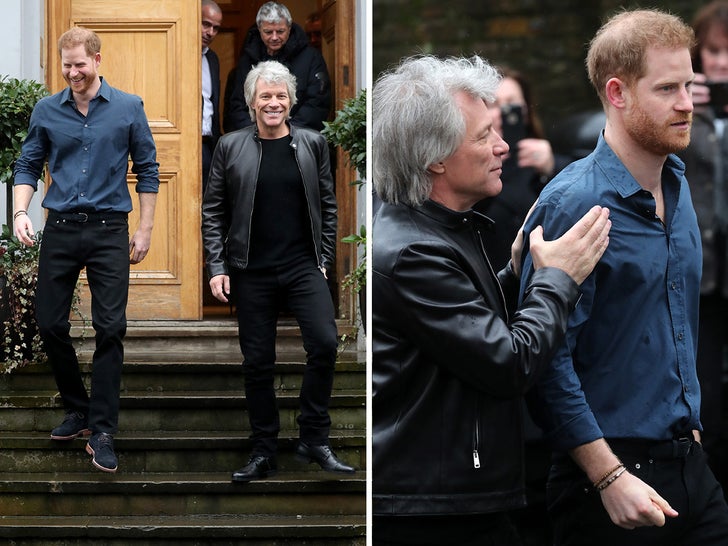 Of course, the timing will coincide with Harry and Meghan Markle officially transitioning out of their senior roles in the Royal Family ... which many folks consider a shot through the heart that gives them a bad name.

Harry and Bon Jovi don't seem like they're letting it bother them, though.