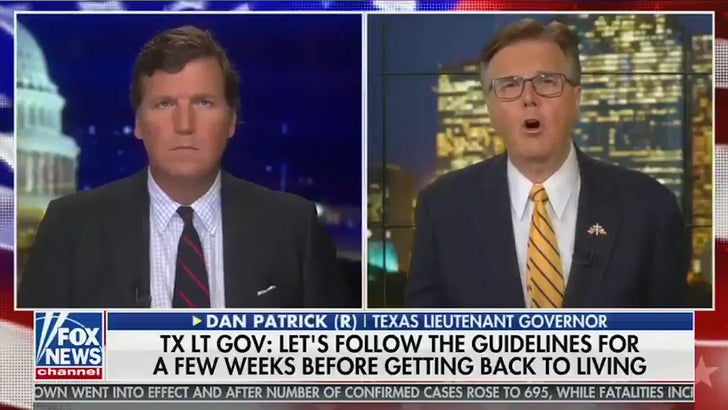 8:27 AM PT -- So, this is alarming ... Donald Trump said Tuesday he really wants to get people out of their homes and back into life as we knew it. His comments are getting perilously close to urging Americans to ignore doctors and scientists, all of whom seem to be saying we need these drastic measures until the virus subsides. The irony, of course, is if Trump gets his way, we'll clearly have way more deaths than if we were isolated from each other ... and what does he think will happen to the economy then? 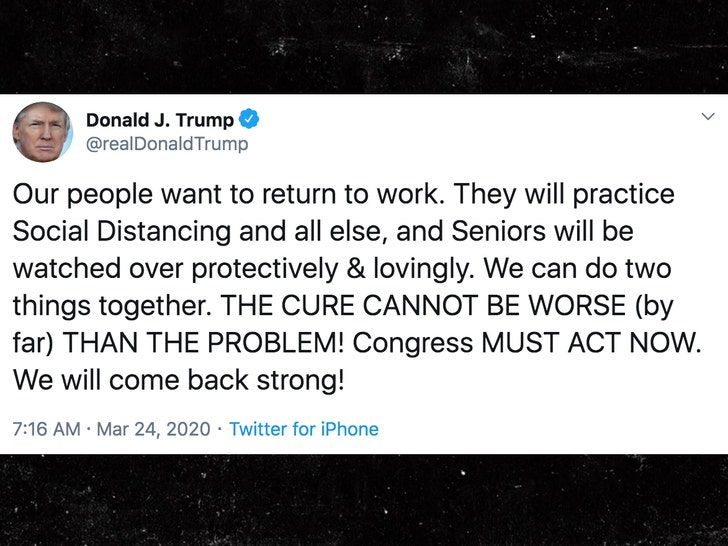 This will put a smile on President Trump's face ... the Lt. Gov. of Texas says to hell with social distancing, because old folks should risk death by COVID-19, so the economy can start recovering.

Yes, Lt. Gov. Dan Patrick told Tucker Carlson Monday evening, "Those of us who are 70-plus, we'll take care of ourselves, but don't sacrifice the country. Don't do that. Don't ruin this great American dream."

Patrick, who acknowledged he is a grandfather, was 100 percent echoing the President's sentiment during an earlier briefing on coronavirus. Trump says he's strongly considering ending social distancing after just 2 weeks. 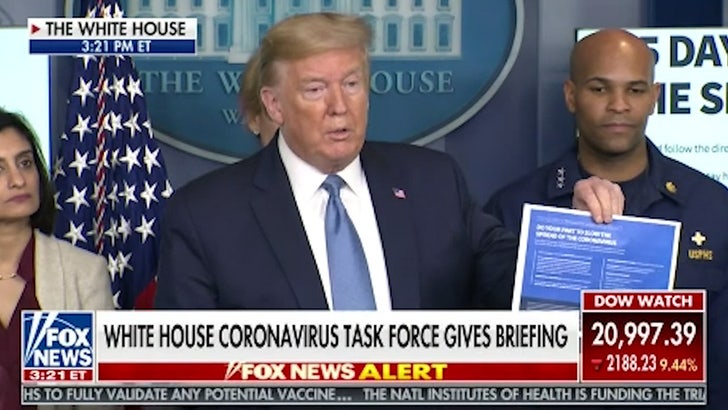 POTUS stressed he wants to get America back up and running. Of course, the problem with that is several hundred Americans could be dying EVERY day at that point ... due to the spread of the virus.

When It Comes To Coronavirus

That would seem to be an odd time to stop doing what every scientist says will prevent the virus from spreading and killing more people.

Still, if the President proceeds ... you can count in grandpa Patrick, who says he's willing to risk dying -- "We can't lose our whole country, we're having an economic collapse." 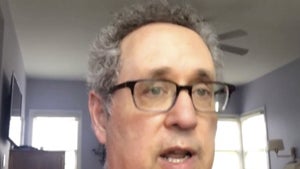 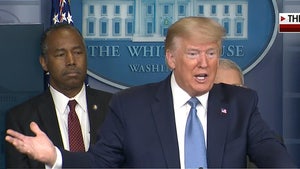