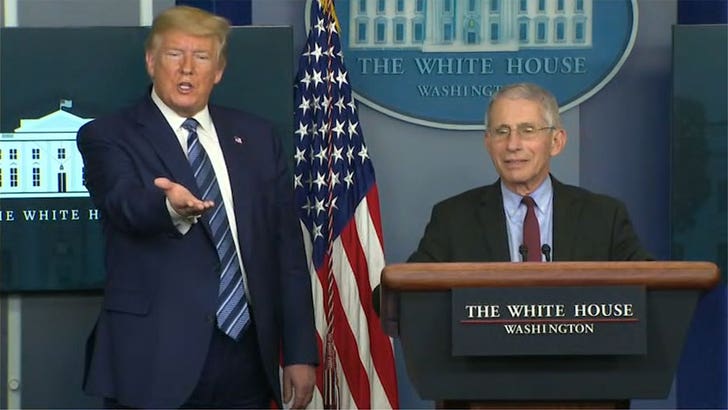 Donald Trump just did something jaw-dropping ... he shut down the leading infectious disease specialist in the United States of America -- stopped him from exposing a dangerous lie the President had just told.

Trump held a coronavirus briefing late Sunday and made a long pitch for people to use the drug hydroxychloroquine to battle the disease. He looked in the camera and said, "What have you got to lose?" There's actually an answer -- side effects include mild problems like nausea, but doctors say there's also a risk of stroke and major heart issues.

Fact is ... the drug is unproven. There have been very limited tests and results are a light-year from conclusive, and as you see, the side effects are significant.

A reporter then asked Dr. Fauci about the drug. He's spoken about it before, and there's no way he was on Team Trump, and the President knew it. You gotta watch the video.

Trump ended the briefing by insulting 2 reporters he didn't like, cutting off legit questions ... but watch and judge for yourself.