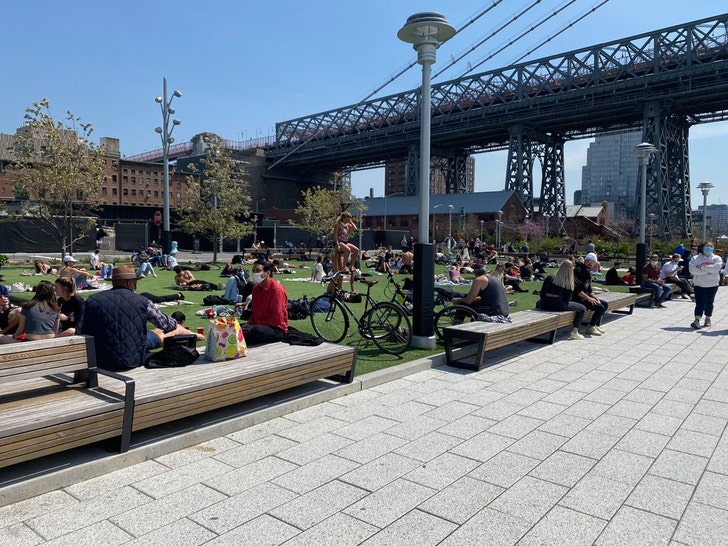 The sun is starting to creep out in the Big Apple, and New Yorkers are clearly getting restless and eager to take in the rays as a giant flock of them went out en masse to a park.

Check out this photo of a bunch of Brooklynites hitting up Domino Park Saturday near the Williamsburg Bridge, just along the East River. There's at least a couple dozen people here, and while some are wearing masks ... none are as nearly spread out as they should be.

While New York's coronavirus death toll has begun to plateau, Gov. Cuomo has NOT lifted the stay-at-home orders for residents there -- in fact, he has the state-wide mandate in place through May 15. Clearly, not everyone is abiding ... and weather might be to blame.

The cherry blossoms are in full bloom in Central Park, and lots of people have left home to take in the sights. 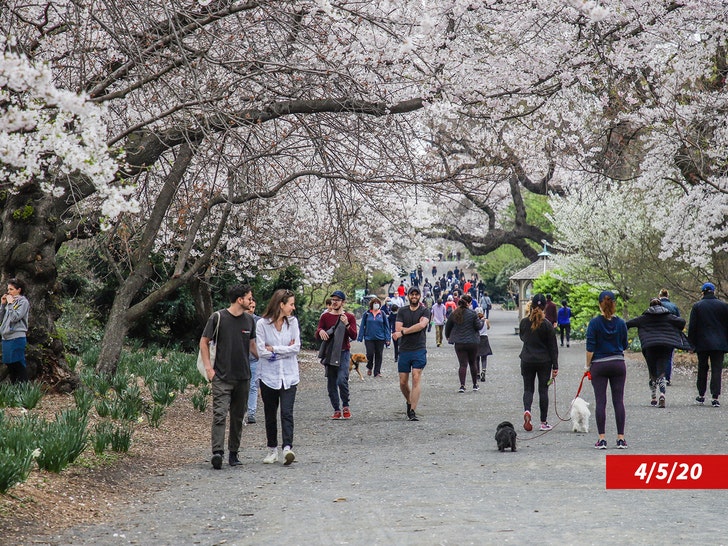 In Saturday's case, you can see the sun's out here, and considering it's supposed to be pretty cloudy with some scattered showers over the next few days -- it stands to reason people wanted to get out and catch a bit of Spring-time bliss while they could ... as summer gets closer and closer. Bottom line ... people are itching to get back to normal. 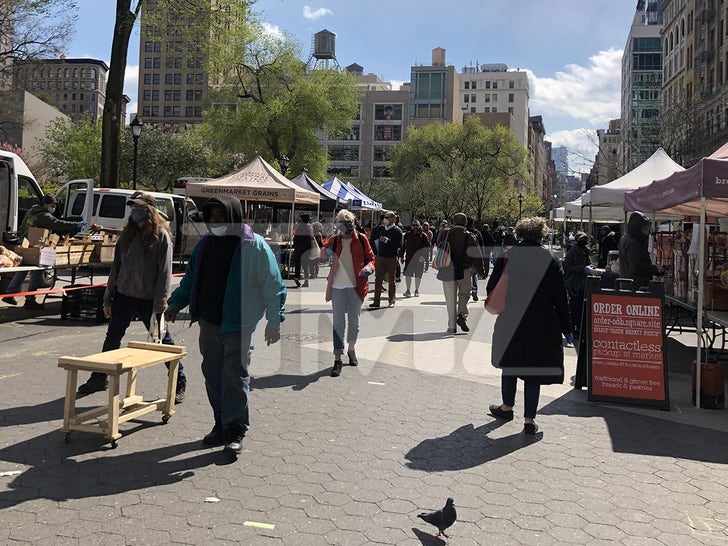 New York's had it rough through all this -- and while it seems folks have been following orders pretty steadfastly ... nobody's perfect, as we've seen lately. Still, it's crucial we try to stick to it ... 'cause by heading out like this, it could spark another wave of cases and deaths could spike again.

They talk about New York strong ... now's the time to show it. 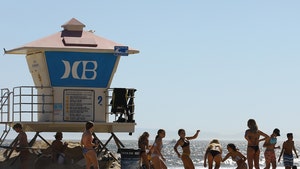 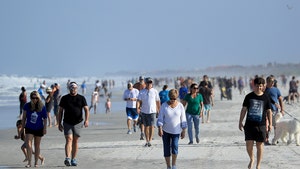 Andrew Cuomo You Might Want to Rethink Viral Coronavirus