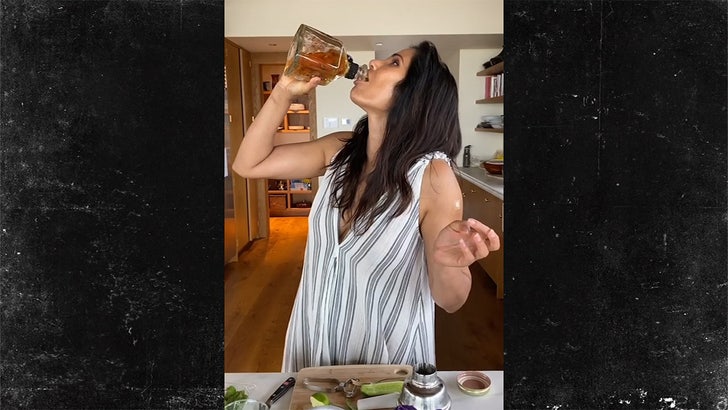 Padma Lakshmi is at her wit's end after learning her kid won't be going back to school for months ... so she hit the bottle in desperate fashion!!!

Padma just got word 10-year-old Krishna will be hunkered down at home until September ... best case scenario, so she posted her take on a margarita -- lime, cucumber, mint, cracked black pepper, agave, sparkling water ... and, oh yes, a healthy dose of tequila.

Sounds delish, but there's hidden angst here, folks. Padma chugged more than half the bottle in less than 15 seconds, if you can believe it, simply saying, "f*** it."

She captioned her video ... "Just found out #littlehands won’t be going back to school until September Wait until the end 😉 #TGIF"

For her honesty, we'd like to send Padma a TMZ t-shirt. Let us know, Padma -- they're great for binges!!! 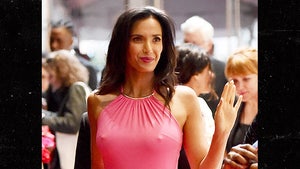 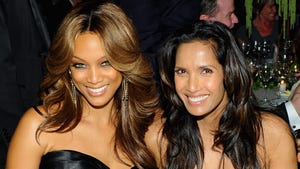 Tyra vs. Padma: Who'd You Rather?