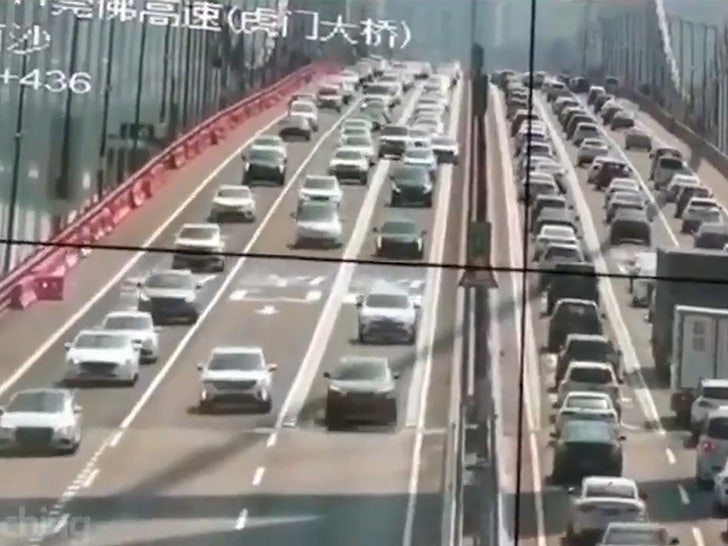 This is insane, as in, insanely dangerous -- the commute over a Chinese bridge looked more like a roller coaster ride as winds made the structure move like ocean waves.

Check it out ... the bridge appears to rock and sway vertically, almost like it's pulsating, as hundreds of cars continued to drive through. It almost doesn't look real!

Officials in the Guangdong province temporarily closed the wobbly bridge around 3:30 PM local time as a safety measure. Seems like the only decision to make when you see how wavy the road got.

Despite the crazy bending ... Chinese press is saying experts have confirmed there's no damage to the main structure.

Folks on Twitter claiming to be on the bridge during the swaying described the experience as "terrifying" and one person said it made them carsick. Winds in the area at the time were measured around 38 mph, which was described as rare by the press.

Though the Humen Bridge is a suspension bridge designed to be flexible and still remain safe ... it's no less terrifying. 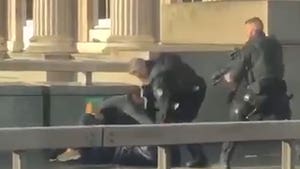 London Bridge Knife Attack Ends in Gunfire, 2 Dead, Another Stabbing in The Hague