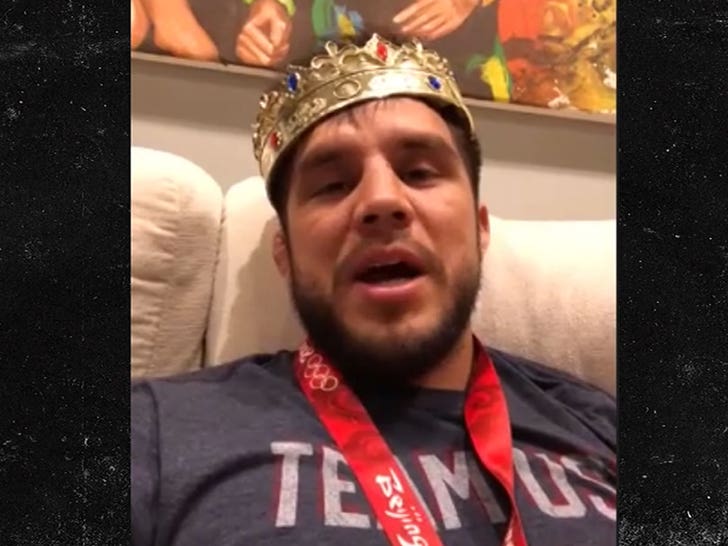 Shocker from Henry Cejudo -- the UFC superstar just unexpectedly retired from MMA after knocking out Dominick Cruz at UFC 249.

Cejudo -- aka Triple C -- fought like a champion against Cruz, ending the fight in the 2nd round with a devastating knee to the head, followed by roughly 11 unanswered punches. The ref finally stepped in and called it.

During the post-fight interview with Joe Rogan, 33-year-old Cejudo dropped another bombshell ... he's hanging up his gloves.

"I'm happy with my career. I've done enough in the sport, I want to walk away, I want to enjoy myself," Cejudo said.

"Since I was 11 years old I sacrificed my whole life to get where I'm at today, I'm not gonna let nobody take that from me."

Cejudo essentially says he's young, he's healthy and he's got career options ... so he's going to quit while he's ahead.

And boy is he ahead -- he's the reigning bantamweight champ, the flyweight champ ... and he famously won a gold medal in freestyle wrestling at the 2008 Olympics in Beijing.

He's 16-2 as an MMA fighter -- victories over some of the best fighters of all time ... including Demetrious Johnson and Dominick Cruz.

So, what's next for Henry? There are rumors he could hook with the WWE down the road. And they'd be crazy not to sign him.

Also, you gotta think Dana White will try to convince Cejudo to think it over ... the guy is incredible.